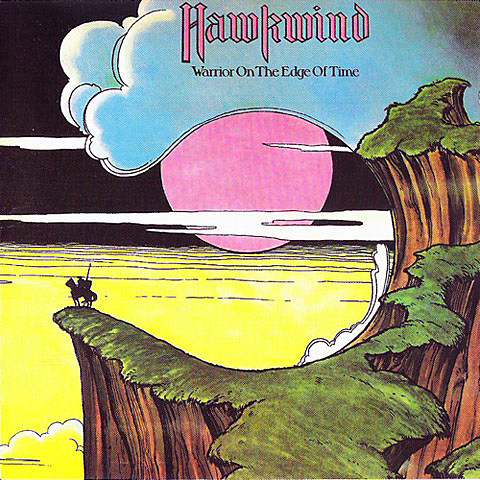 Heavy prog favorites Hawkwind will tour the states for the first time in close to twenty years, roping in support from Perhaps as part of an overall North American campaign, according to MetalKaoz. The shows will commemorate the 1975 release of Warrior on the Edge of Time, and you can celebrate in NYC at Gramercy Theater on October 13. Ticketing info is on the way.

Hawkwind dropped more details on the tour at their Facebook:

At the helm of the group is leader and founding member Dave Brock, alongside long serving members Dead Fred, Tim Blake, Richard Chadwick, Mr Dibs and Niall Hone. This is Hawkwind's longest standing, most stable line up in the band's history... Hawkwind will perform the album in its entirety along with classic tracks selected from their 40+ year history. The tour will include a full light show, cosmic space dancers and psychedelic projections and is sure to be a far out experience.

Who doesn't love cosmic space dancers. All dates and a stream of that record is below.