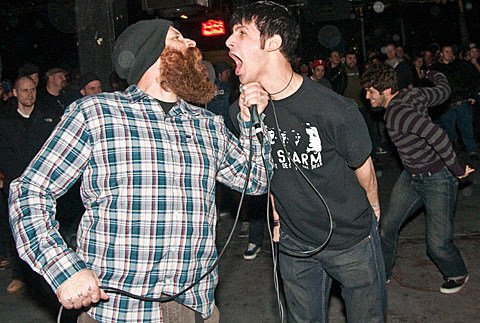 Ontario's long-running hardcore/grind act Haymaker re-emerged in 2013 with their first recordings in almost 10 years for A389 Recordings, who work with a lot of bands that fit the above genre tag. Right after they play the label's 11th anniversary bash in 2015 (which they are no strangers to), Haymaker will be stopping in to brutalize NYC residents with a show on January 17 at the Acheron with Boston hardcore traditionalists Rival Mob, Texas powerviolence outfit Sex Prisoner (also playing A389 Bash), and locals Brain Slug (who also play the recently-announced Blacklisted show at the same venue). Tickets for this sure-to-be-violent show are on sale now.

Check out a stream of the recent Haymaker tracks below...