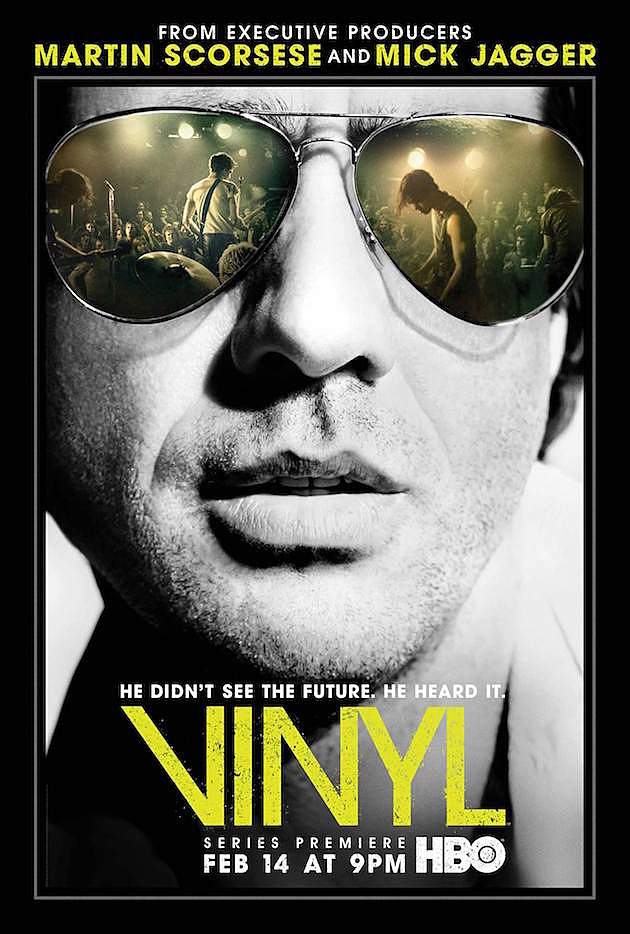 HBO's ambitious new series Vinyl, created by Mick Jagger, Martin Scorsese and Sopranos producer Terrence Winter, debuts on February 14. With the '70s rock n' roll music biz at the heart of the show, it should be no surprise that it's filled with songs from the era. Randall Poster, who works on all of Wes Anderson's films, is the music supervisor (along with Meghan Currier) for Vinyl and the show has a whopping $1 million music budget per episode.

They will be aggressively pushing the soundtrack, too, as Vinyl: Music From the HBO Original Series - Volume 1 comes out two days before the show airs (2/12) via Atlantic/Warner Brothers. It's comprised entirely of songs from the first episode, including "Sugar Daddy" by Sturgill Simpson which is the series' theme song. The soundtrack also includes a song by Nasty Bits, the fictitious proto-punk band in the film that's led by Jagger's son, James, with other members played by Brooklyn band Beach Fossils. There are also lots of period songs, by the likes of Otis Redding, Mott the Hoople, Edgar Winter, Foghat, and David Johansen (who is played by Saint Rich's Christian Peslak in the show) rerecorded New York Dolls songs "Personality Crisis" and "Stranded in the Jungle" just for the show. Tracklist is below.

Watch the latest Vinyl trailer, which focuses on Nasty Bits, below...