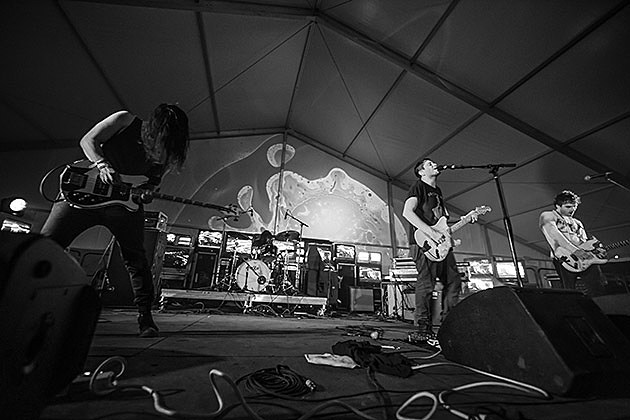 HEALTH have a few upcoming North American festival dates announced already, including NXNE and FYF, and they've now added a NYC show happening just before the former. They'll hit Baby's All Right on June 11 with openers TBA. Tickets are on sale now.

UPDATE: Ital, Show me the Body and Pictureplane (DJ) are opening the show. Flyer below.

HEALTH's new album, Death Magic, will be out August 7 via Loma Vista. Video for "New Coke" from that album, below. They also recently revealed that they're doing a song with Danny Brown for the HBO pilot of The Gorburger Show. 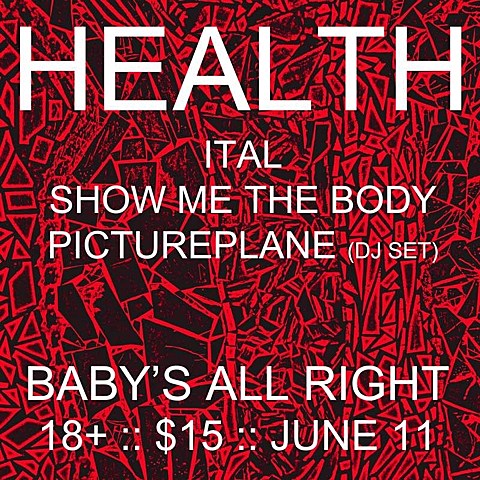