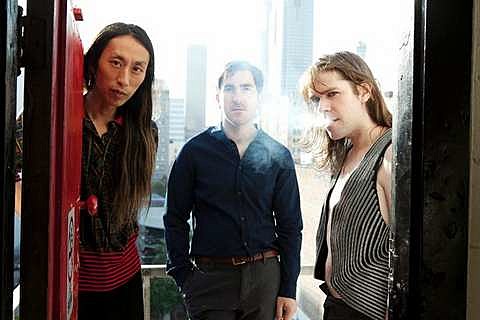 Ariel Pink's Haunted Graffiti new album is titled Mature Themes and will be out Aug. 21 via 4AD. The first single from the album is a cover of Donnie and Joe Emerson's "Baby," and features guest vocals from Dam-Funk and you can listen to it below. It'll be out July 10 as a limited edition one-sided 12" via 4AD.

Dam-Funk is also opening on some of the dates on APHG's fall tour, though not the Webster Hall show on September 14. (Tickets are currently on presale, with an on sale Friday 6/8.) Dam Funk will however play next week at the Northside Festival.

If you want to know more about ultra-obscure Pacific Northwest duo Donnie and Joe Emmerson who did the original of "Baby," you're in luck. The great Light in the Attic Records is reissuing the group's sole 1979 album, Dreamin' Wild. You can stream the album below and see just how faithful Ariel Pink's cover is. (Very.) There's also a short documentary about the brothers that is well worth watching and you can do so below as well.

All Ariel Pink's Haunted Graffiti dates are listed below, along with the stream of the first single and the Donnie and Joe Emerson stream/video as well.