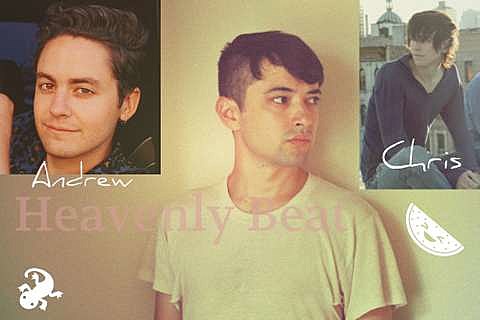 I mentioned a while back that John Peña was looking to turn his Swedish-style indiepop Heavenly Beat solo project into a real live band and it looks like he's done so as the trio version of the group (as seen above) are making their debut Wednesday night (8/8) at Public Assembly with Plastic Flowers, Young Boys, and You. (That's You, the band, not you you. Unless you are in You. Then it is you.) It's $8 to get in before 9 PM and $10 after. You can also buy your tickets online.

The only other upcoming Heavenly Beat show at the moment is at Glasslands on October 11 with fellow Captured Tracks band (and real Swedes) Thieves Like Us and tickets to that show are on sale now. Jon did just make a video for the song "Tradition" and you can watch that below, along with a stream of the entire Heavenly Beat album. 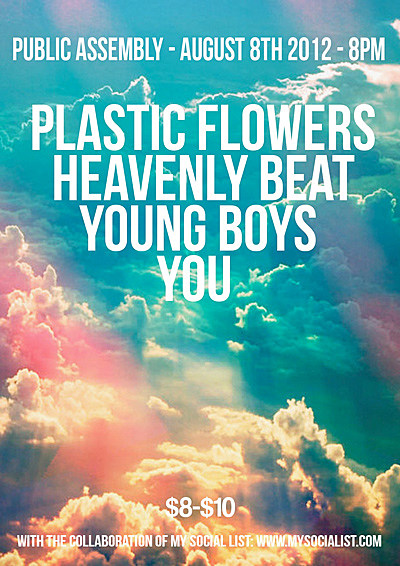