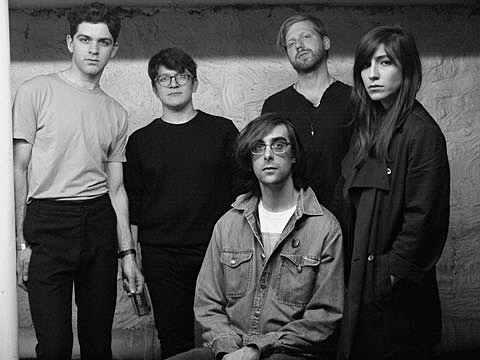 Brooklyn band Heaven's Gate are back with their second album, Woman at Night, which was released today (9/25) via Dull Tools. Like on their terrific debut album, the band whip together a variety of of noisy influences into their own whirlwind brand of rock that is aggressive, loud, tuneful, and cathartic. And in the case of "Amanda Berry" (about and sung from the POV of one of the three women held captive in Cleveland for a decade by Ariel Castro) it's harrowing and powerful. The album works best listened to loud, so turn up the volume and stream it below.

Heaven's Gate will celebrate Woman at Night tonight (9/25) at Shea Stadium with Palberta, Sleepies and B Boys also on the bill. Flyer for the show is below.

They'll also play October 18 at Silent Barn which functions as an all-day CMJ hangover event and a Dull Tools showcase with Future Punx, Pill, Eaters, Beth Israel, Steep Leans, MPHO, Sneaks, Wall, Final Bloom, Justin Frye and Order of Operations. That show starts at 3 PM and is $5 before 5 PM, $8 before 8 PM and $10 after 10 PM. Flyer is below. A couple days later, Heaven's Gate play Alphaville on October 20 with Buck Gooter, Lushes and Jellowood/Meth Biker (members of Guerilla Toss and PC Worship). 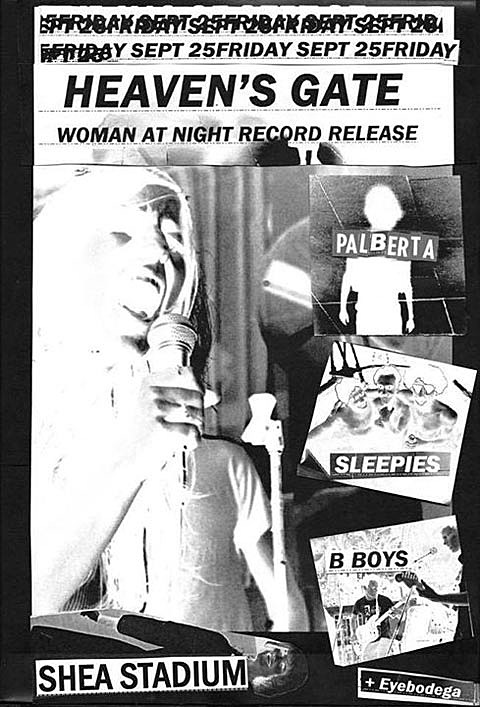 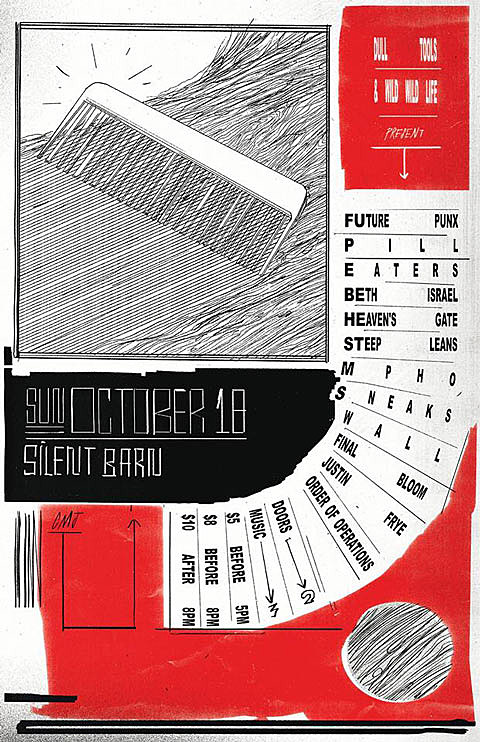