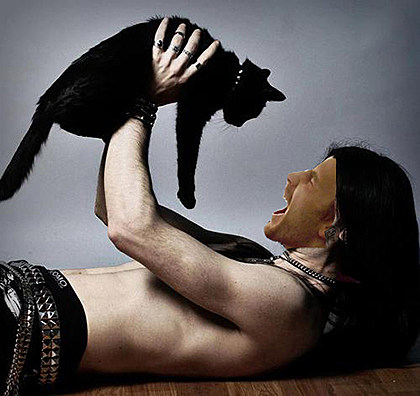 --
Editor's note: For the past 7 months, since losing long-time BrooklynVegan metal editor Fred Pessaro, we were lucky to have Doug Moore aboard to help fill in our metal coverage, to edit and write for Invisible Oranges and to handle these weekly Heavy Lowdowns. Unfortunately, today is Doug's last with us. He's leaving to focus on his non-music-writing endeavors, including--as we've had to disclaim many times--his role as frontman in the Relapse-signed band Pyrrhon. We wish him well! We also wish Doug had made it into the forthcoming "Metal Cats" book. For some reason, he was left out, so we pay tribute to Doug today with our own version. Please enjoy Doug's final Heavy Lowdown along with some Metal Doug With Cats!
--

It's that time again. Let's get heavy.

Young Widows have debuted a digital-only bonus song from the Easy Pain sessions and added some West Coast dates to their tour. Stream the tune and check out the dates below.

Cannabis Corpse have debuted a song from their upcoming fourth (!!!) album, From Wisdom to Baked. Shockingly, its title is a weed-themed play on a death metal classic ("THC Crystal Mountain"). Stream that below as well.

Playing Enemy's noisecore classic I Was Your City has been reissued on vinyl by Corpseflower Records. If you haven't heard it, you can -- and should! -- check it out below.

Excruciating Terror have canceled their non-MDF appearances this spring, including their 5/22 NYC show with Birdflesh.

And here are your weekend live heaviness options:

TONIGHT (4/25): A forward-thinking lineup featuring Zevious, Bangladeafy, El Drugstore, & Noxious Foxes hits The Gutter. No presale, but $7 at the door.

SUNDAY (4/27): Full of Hell return to NYC for the third time in as many months, this time with Column of Heaven & Nyodene D in tow, for a Silent Barn show. Local support will come from The Communion & Skullshitter. $10 at the door.

We went deep with Jason Netherton of Misery Index / Dying Fetus fame. We unraveled the mysteries of Japanese avant-metal collaboration houds Vampillia. We talked to a pair of German music researchers about the physiology of screaming. We waxed philosophical about Behemoth & the Metal Alliance Tour. We jammed new music by Forest of Tygers and Weedeater, who apparently really enjoy doughnuts. We ran down all the metal fit to buy, as ever. And we gave away tickets to this year's Paganfest tour on our East Village Radio show, courtesy of Irving Plaza. Be sure to tune in next week at 10pm for more giveaways, interviews, and shredding tunes.

That does it for me. Blast some ugliness below (more Doug With Cats included! - editor). 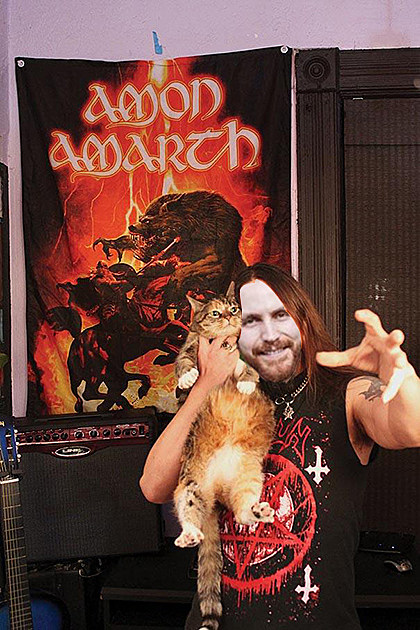 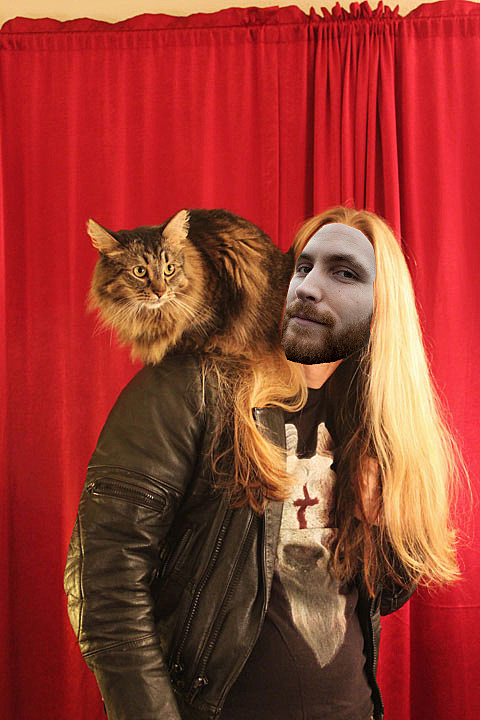 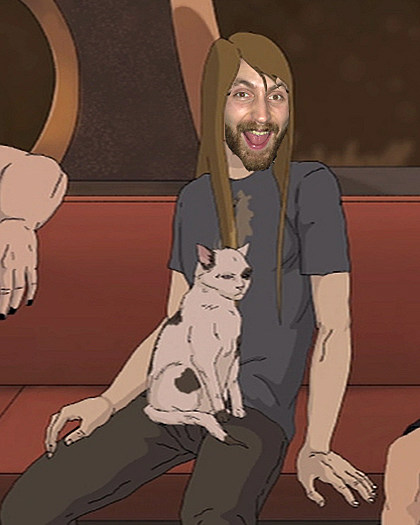 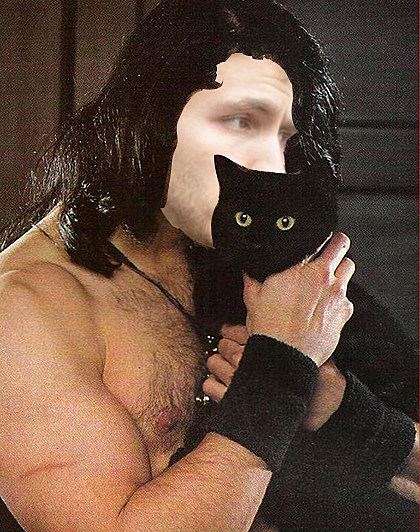 Thank you Caroline Harrison for the Doug With Cats!