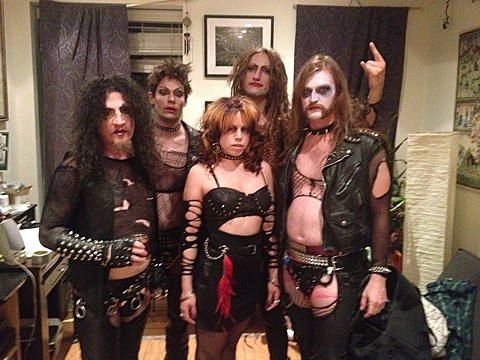 As always, there are tons of good metal and metal-related tours swinging through NYC and other one-off heavy shows happening here. We don't get around to posting all of them, so here's a roundup of some of the local heavy shows coming up that we're excited about:

Hellbent Hooker, who feature members of Ramming Speed and Mutilation Rites, play the Acheron TONIGHT (1/8) with support from Meth Valley and Mammal. When we first wrote about them, we said, "If you've never experienced the over-the-top spectacle that is Hellbent Hooker, you're in luck. Prepare for a gross-out session... in the best ways possible." Tickets for tonight are on sale.

On Sunday (1/11) at Saint Vitus, mathcore shredders Meek Is Murder team up with Vomit Fist, Aminals and Budd Dwyer. Tickets are on sale.

Couch Slut, who released their excellent debut album, My Life As A Woman, last year, return to Saint Vitus on January 23 with Tile, Microwaves and Chain Gang Grave. Tickets are on sale.

Brooklyn trio Mortals, who put out a great album on Relapse last year, were already announced to open the first night of Eyehategod's 2-night stand at Saint Vitus (tickets), and they've since added their own show happening soon after on February 15 at Acheron. The Black Antler and Nerve Shatter open. Tickets for that one are on sale now.

As a reminder, some previously discussed metal tours are about to hit NYC too. There's the unmissable High on Fire / Windhand double bill hitting Vitus on Friday (1/9) for two shows, but unfortunately both are sold out.

Watain at Irving Plaza in 2012 (more by Greg Cristman) 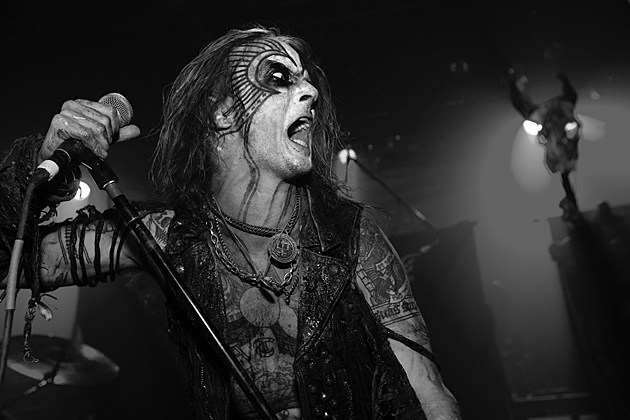 The next night, the killer black metal bill of Mayhem, Watain and Revenge descends upon Webster Hall (1/10). Tickets for that one are still available.

The "holy shit this is real" bill of Napalm Death, Voivod, Exhumed and Iron Reagan happens February 2 at Gramercy Theater. You can still grab tickets for that.

Get equal doses of black and death metal when the 1349 / Origin / Abysmal Dawn / Wolvhammer tour hits NYC on February 23 at Gramercy Theatre (tickets).

March is stacked so far as well. Legendary Swedes Nifelheim are making a rare and very anticipated NYC appearance on March 15 at Saint Vitus with Ares Kingdom (ex-Order from Chaos), Slutvomit and Iron Force. Get tickets.

The following weekend gets pretty nuts. West Coast black metal greats Dispirit finally make their East Coast debut at Saint Vitus on March 20 and 22 with different sets and different openers each night (tickets). And right smack in the middle of those two shows, the killer Enslaved / Yob / Ecstatic Vision tour hits Gramercy Theater (3/21). You can still get tickets for that one too.

Looking forward a bit to the spring, Electric Wizard's first North American tour in over 10 years hits Webster Hall on April 2. That's unfortunately sold out, but you can try your luck on StubHub or something. This one's not to miss.

Only 10 days later, you may find yourself back at Webster Hall (4/12), where the At the Gates / Converge / Pallbearer / Vallenfyre tour will be blowing minds. Tickets for that one are still on sale.

Of course these are just a few options and there's always more. What else?

Oh, and in one last bit of non-show news, Torche recently dropped another ripper from their upcoming LP on Relapse. Stream it below...