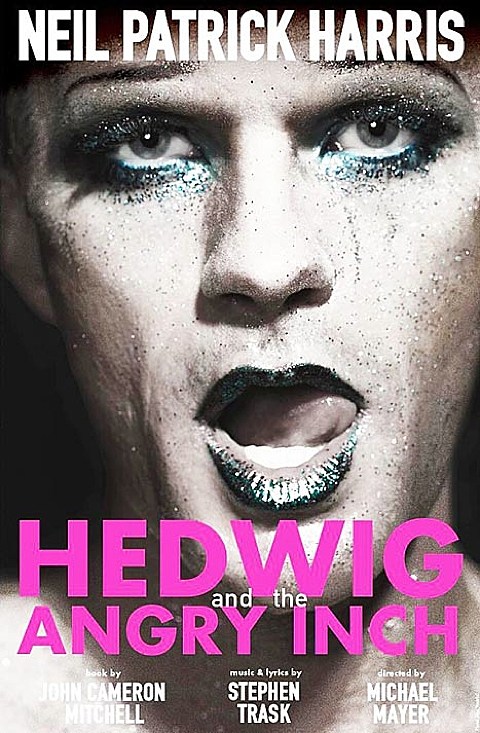 Miss Hedwig has found a home on Broadway! A new revival of John Cameron Mitchell and Stephen Trask's gritty rock musical Hedwig and the Angry Inch, starring Neil Patrick Harris as a transgender German singer, will begin performances March 29, 2014 at the Belasco Theatre. Directed by Michael Mayer (Spring Awakening), the new production will open officially on April 22. Emmy-nominated choreographer Spencer Liff (So You Think You Can Dance) will provide musical staging. Additional casting and creative team members will be announced shortly.

Featuring a book by Mitchell and a score by Trask, Hedwig and the Angry Inch is a musical comedy about a fictional rock 'n' roll band, fronted by Hedwig (Harris), a transgender woman and "internationally ignored song stylist" from East Berlin. The score includes memorable tunes "Tear Me Down," "Wig in a Box," "Wicked Little Town" and "Angry Inch." [Broadway.com]

We heard Hedwig was returning to the NY stage and on Broadway back in 2010, but it never happened until now. John Cameron Mitchell will not be reprising the role that he created, but hopefully Neil Patrick Harris (who was last on broadway for Assassins in 2004) will be awesome too. Tickets are on sale now.

Video of the 1999 Off Broadway performance below...