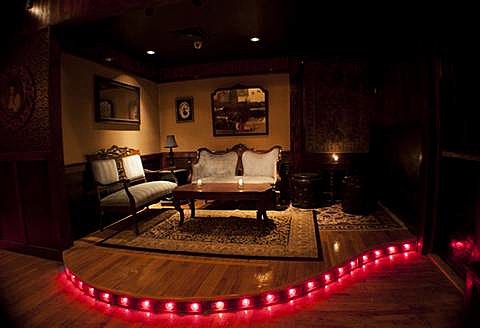 Since opening in March, the Flat has been a haven for edgy music and affordable drinks. "It's amazing how many people we know live within blocks away," said Max Brennan, the owner. A decade ago, he founded Lit, a bar, gallery and performance space on Second Avenue in Manhattan. "It's sort of how Lit used to be before all the 'shirts' invaded the East Village," he said." - [NY Times]

The Flat, owned by Lit's Max Brennan and The Deathset's Johnny Sierra, opened this spring at 308 Hooper St, just off the Hewes St stop on the J/M line. While it's mainly a bar they do hold the occasional show, like Azar Swan's live debut which happens Saturday night (11/10) and is the official afterparty to the Tamaryn show at Knitting Factory earlier that night (Tamaryn's tour meanwhile hits Mercury Lounge tonight).

On Wednesday (11/14) The Flat is hosting a show presented by Self-Titled, Mishka and Greedhead Music, with HEEMS, LE1F, Big Baby Gandhi, and Meyhem Lauren. It's early (7 - 9 PM) and is FREE. Flyer is below. 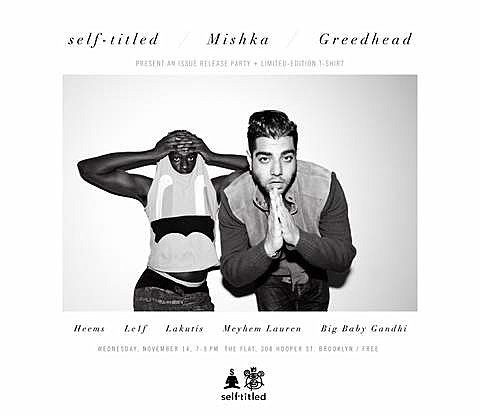 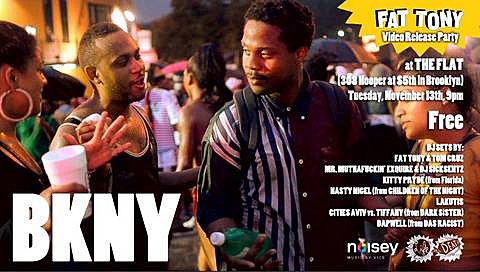