"these are being made into shirts js" - Kitty Pryde

iPhone/Android app Mobli is throwing a CMJ party on October 17 at Deliquency (1031 Grand St) with a mostly hip hop and hip hop-related lineup of Heems (of Das Racist), Sasha Go Hard (who recently made her NYC debut), Kitty Pryde (who also recently played NYC), Das Racist affiliates Weekend Money (aka MC Ne$$ and Baghdaddy), The Underachievers (who are part of Flying Lotus's NYC takeover this week), Action Bronson affiliates Party Supplies, and SAFE (who is on tour now with Das Racist). This 21+ party is free but there's a suggested donation at the door, and there will be an open whiskey and vodka bar all night. Doors are at 7 PM.

The show flier, a list of all Kitty Pryde dates, and a couple videos are below. 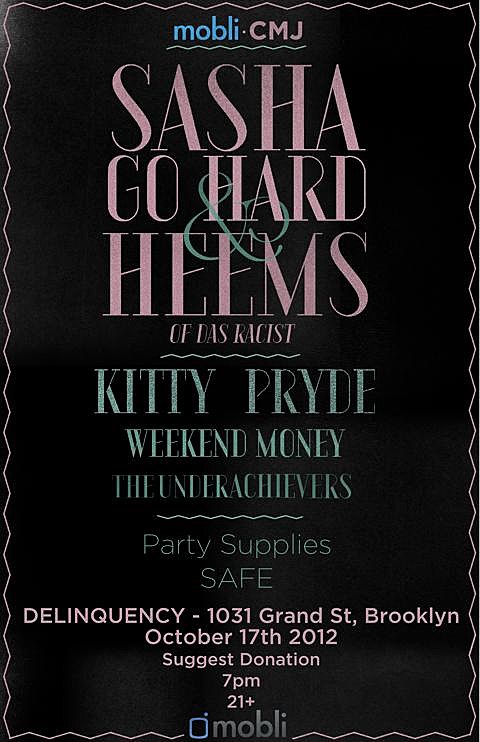