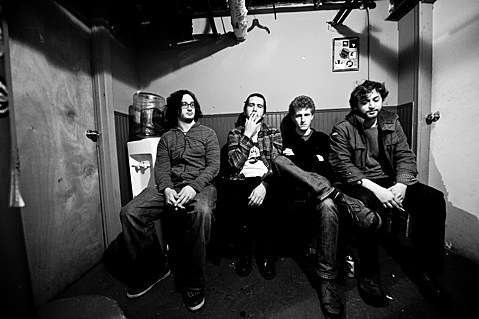 If you go to shows in and around NYC, you may have seen local garage rockers Heeney on a bill. (Like maybe with Greys, Speedy Ortiz, or Jeffrey Lewis.) Not to mention they're pals with Titus Andronicus (whose drummer Eric Harm played with them at Maxwell's in 2013) and their band is named after Brooklyn DIY venue Shea Stadium co-founder Sean Heaney. At the moment the band only has dates coming up this week and next on the west coast (listed below), but they're bound to play here again soon.

Heeney are planning on releasing an album this year, but while we wait for that they've got a new single, "In The Mind," which premieres in this post. Check it out below...