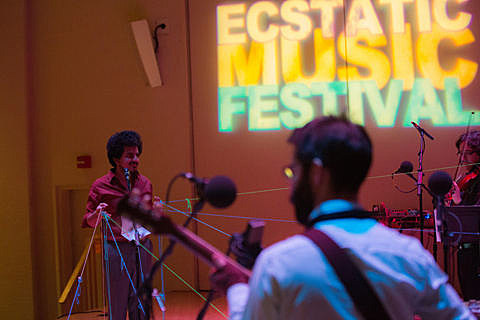 It was a whimsical, theatrical night at the Ecstatic Music Festival on Wednesday (2/18) when Helado Negro (aka Roberto Carlos Lange) teamed with collective thingNY at Merkin Concert Hall. For his piece, "Brain Finger Composition," Lange conducted / controlled musicians via tethered yarn. Meanwhile, thingNY gave a preview of their upcoming opera "This takes place close by." Pictures from the night are in this post and you can listen to the concert over at WNYC.

You can also check out pics of EMF's 2/12 show with John Zorn and Taleo Ensemble. Next up at Ecstatic Music Festival: Julia Holter, Alex Temple & Spektral Quartet on Wednesday (2/25). Tickets are still available.

Helado Negro will hit the road later this year as an opener on Sufjan Stevens' tour, but he's not announced for Sufjan's NYC dates (no one else is either). More pics from his show with thingNY, below... 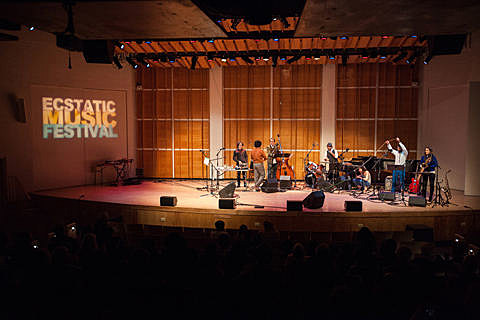 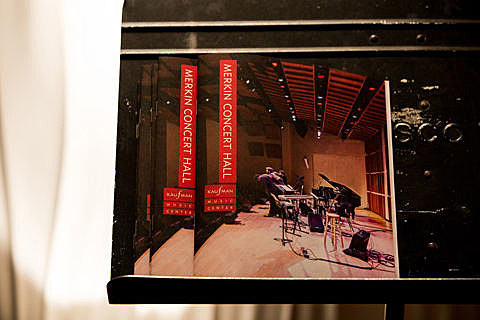 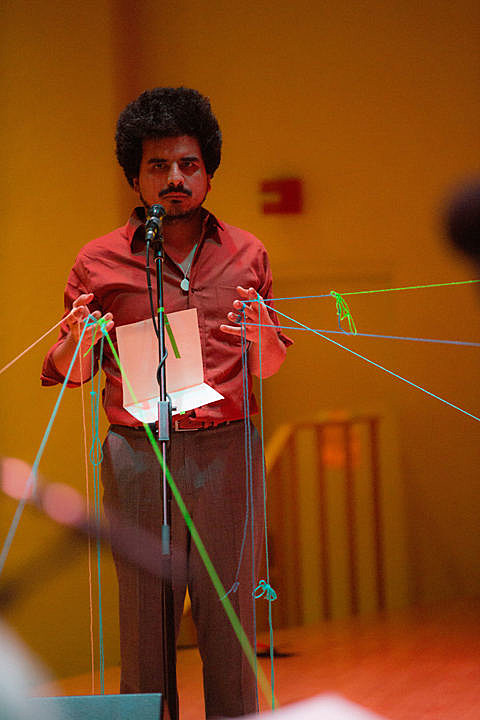 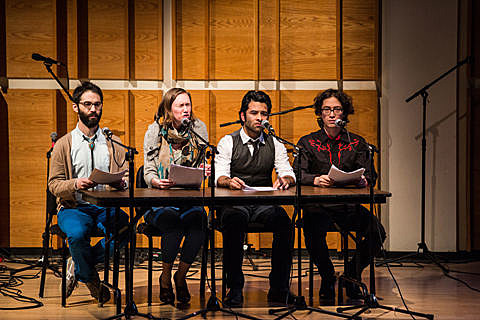 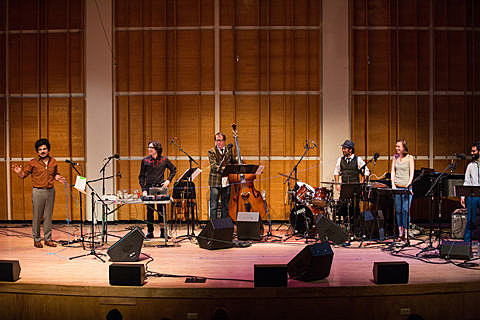 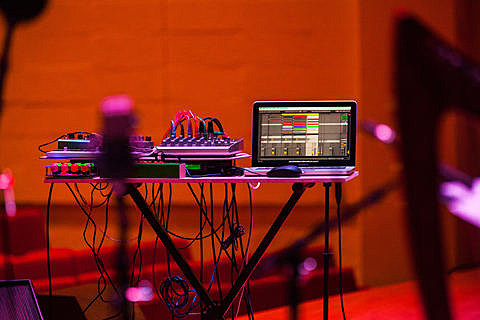 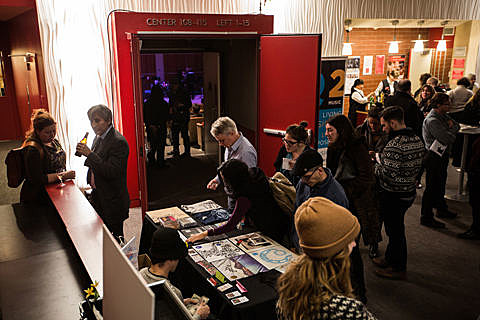 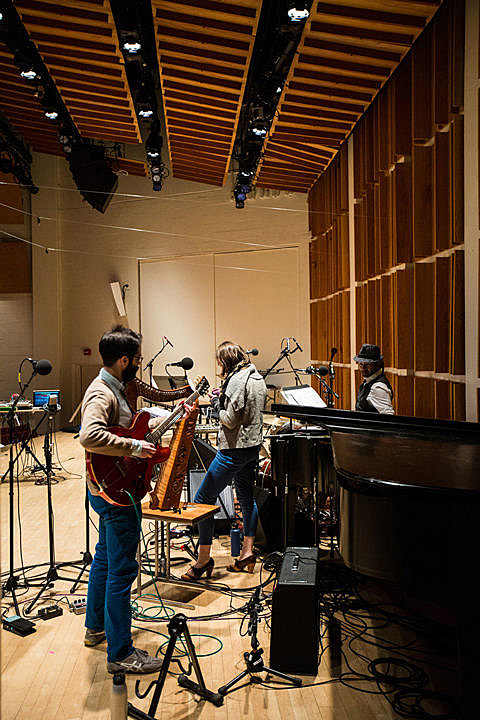 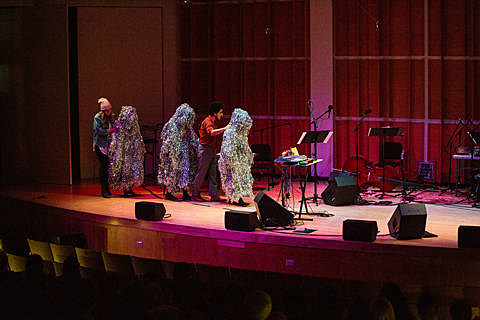 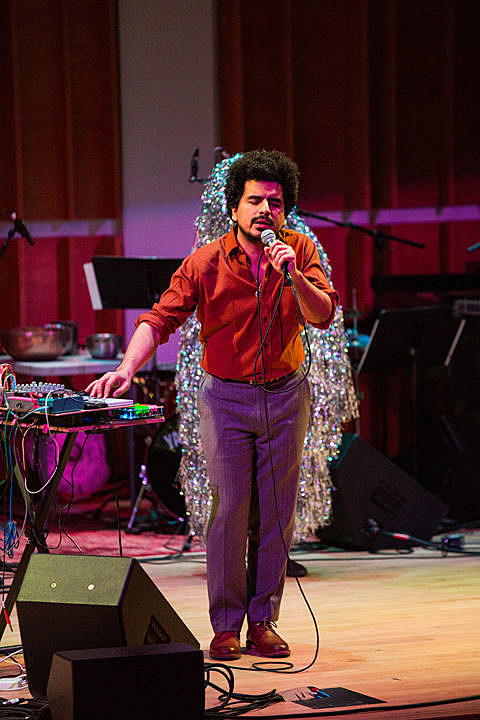 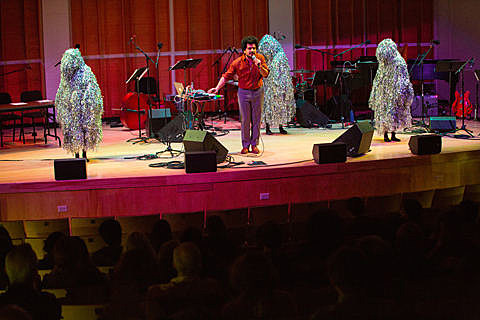 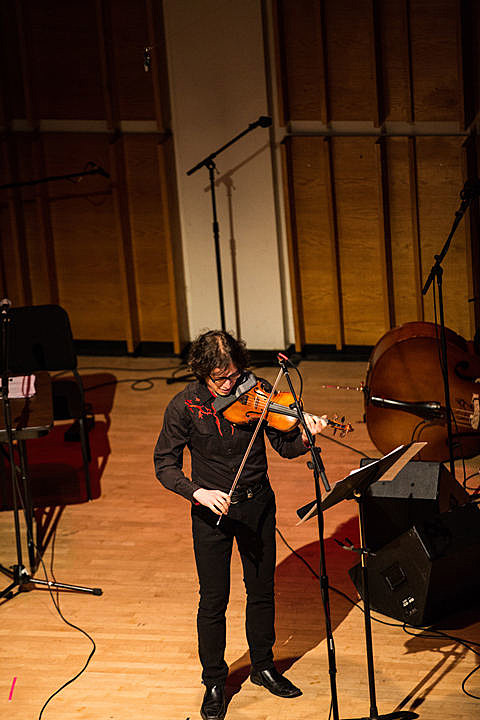 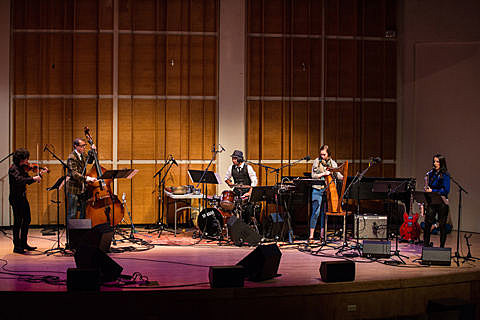 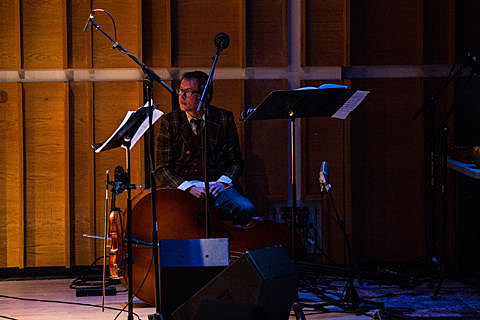 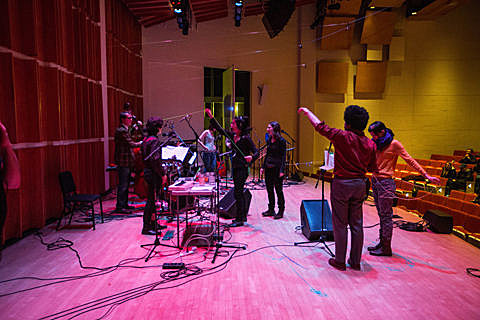 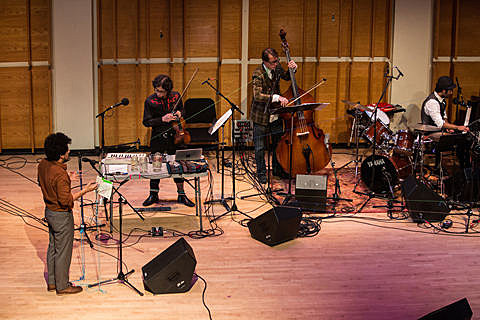 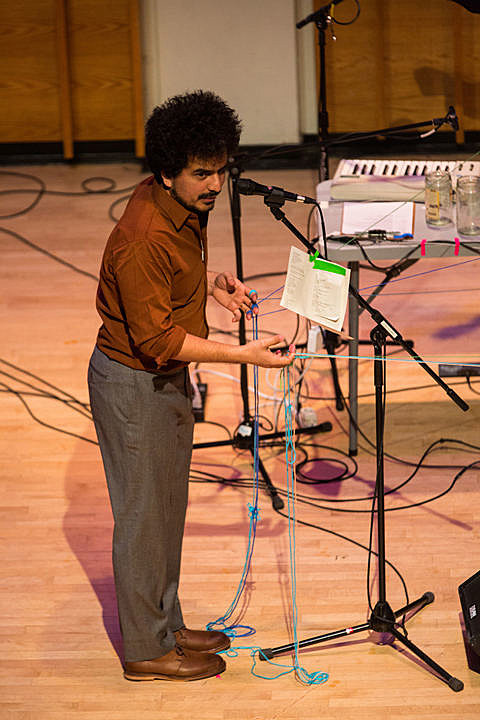 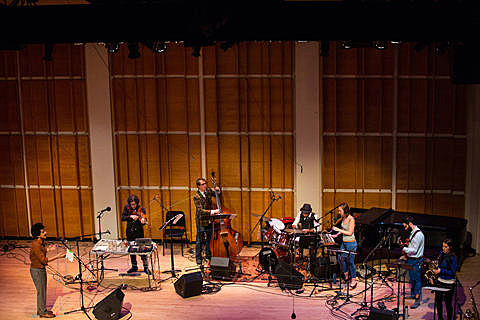