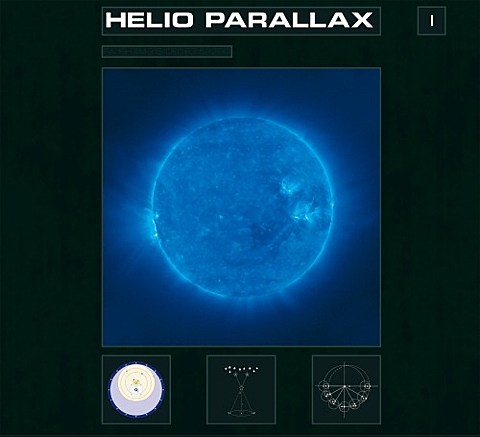 Helio Parallax are a trio rooted in dub, skipping the laptops to do electronic music the analog way. Josh Werner (CocoRosie), Takuya Nakamura, and Marihito Ayabe (Dub Nomads) combine cavernous reverb, deep bass lines, and reggae/trip hop-y rhythms with stylish cool jazz. Bill Laswell's M.O.D. Technologies, who are releasing Helio Parallax's eponymous debut on CD/digital June 17 and vinyl July 15, call the fusion "Sci Fi Dub Noir," which is pretty accurate as far as PR taxonomy goes. If Scientist was tasked with the soundtrack to a Dark City remake, this would be it.

Still the appeal is the way the core musicians melt into each other. Werner's bass playing is particularly fluid, always instilling a sense of momentum. Nakamura wields his trumpet with economy, expressing himself more through tone than the number of notes. Ayabe's greatest tool is negative space, ensuring beats don't become cluttered. When they're joined by guests -- CocoRosie's Bianca Casady or Major Lazer's Jahdan Blakkamoore -- they work for the featured player instead of the other way around. The end result is a listen that doesn't sacrifice the vibe to shine a spotlight on the virtuosity.

To ring in the album, Helio Parallax will be having a record release show at Brooklyn's Union Pool on June 20 with White Bike. Admission prices and special guests are TBA.

The album details along with samples from Helio Parallax appear below...