Helmet at Webster Hall in 2012 (more by Chris LaPutt) 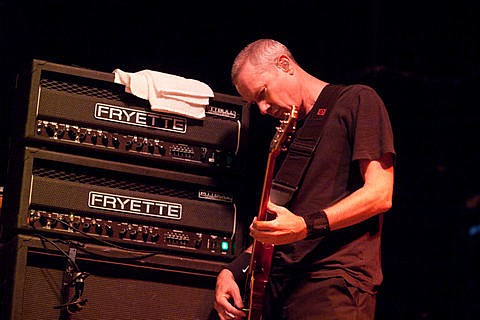 '90s heavy genre-defying legends Helmet recently celebrated their classic 1994 album Betty on a European tour, and they've now begun announcing North American dates for 2015. One of those is a Betty show happening in NYC on February 21 at Bowery Ballroom. Tickets for the Bowery show go on AmEx presale Wednesday (11/19) at noon and to the general public at noon on Friday (11/21).

The only other currently announced dates are a festival in Chile in December and a DC show happening a few days after the NYC show. It seems likely that more could be announced, so stay tuned.

UPDATE: A full tour has been announced including a second NYC show happening February 22 at Saint Vitus. Each show will feature Helmet playing a Betty set and a full second set, no opener. Tickets for Saint Vitus also go on sale Friday at noon.

All dates are listed, with a stream of Betty, below...