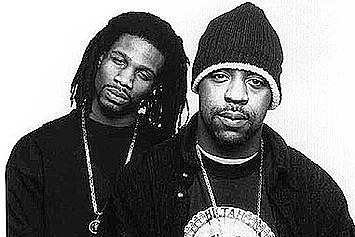 You might have seen that Boot Camp Clik members Black Moon & Smif N Wessun (aka Black Smif N Wessun) are playing the Knitting Factory and performing the classics. Fellow BCC compadres Heltah Skeltah are also playing a show of their own as part of Hot 97's Who's Next Live series (Whaaa? Heltah Skeltah is Who's NEXT? when did Nocturnal come out again?) at SOB's on Sept 3rd, hosted by the mighty Pete Rosenberg. Tickets are on sale. Check it out, and if you've never heard Pete Rosenberg's show on Hot 97 (chances are, you haven't... it's on sundays from 4-9AM), I urge you to do so or subscribe to the podcast (iTunes).

Project X featuring Rhythm X (aka Dr Dooom, aka Big Willie Smith aka Dr Octagon aka Poppa Large aka Kool Keith), Tim "Fuck Compton" Dog, and Marc Live are playing BB Kings on Oct 10th. Tickets are on sale. While I can't say that I am feeling Tim Dog's rhymes (ick) or the fake-me-out Pharrell wannabe on falsetto, Kool Keith live is an interesting prospect. Hopefully we'll get some Cenobites stuff as an encore.
Speaking of Pharrell, NERD will open for Common at Roseland Ballroom on Oct 4th. NERD dropped Seeing Sounds in June. Common's Invicible Summer is due.... this fall?

Probably the most interesting (note: interesting, NOT exciting) of all the upcoming shows, multi-platinum MC The Game scheduled a show with fellow G-Unit ex-patroit Young Buck at Irving Plaza on Aug 26th. Tickets are still available. The Game drops his new album LAX that same day. The Game recently announced that he would replace Mack 10 as a member of Westside Connection. Fellow Westside Connection-ers Ice Cube and W.C. are also playing Irving Plaza on 9/8. Tickets are still available.

We warned you about the Atmosphere shows, now we have two of em scheduled for NYC that went on sale 8/22 at noon: Music Hall of Williamsburg on Oct 13th (here) and at Irving Plaza on Oct 14th (here)

Jedi Mind Tricks are on tour in November. MURS will be around in October. 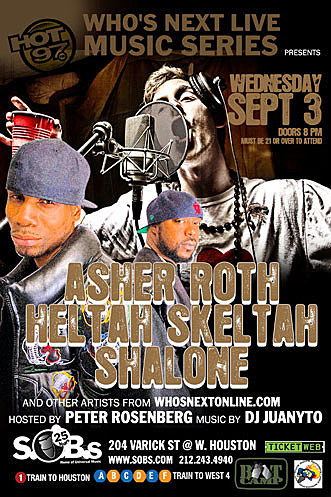