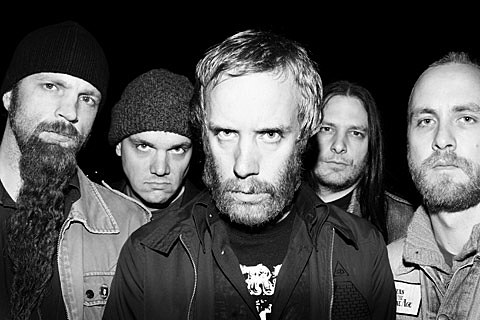 Disfear bass player and long time member Henrik Frykman has passed away after a long battle with cancer. The band, Björn Pettersson, Marcus Andersson, Ulf Cederlund and Tomas Lindberg, has issued the following statement: "It is with heavy hearts we inform you that on Friday the 25th of March Henrik Frykman passed away in his home after a long battle with cancer. Henrik will be greatly missed by family and friends."

Frykman joined ANTI-BOFORS in 1990 and in 1991 the band underwent a name change to Disfear. The band has morphed and evolved over the past 20 years into an internationally recognized and respected band. Disfear has toured the world over and released a number of acclaimed full-length albums including 2008's Live The Storm.

Live The Storm is hands down one of my favorite LPs of the past few years. R.I.P. Henrik