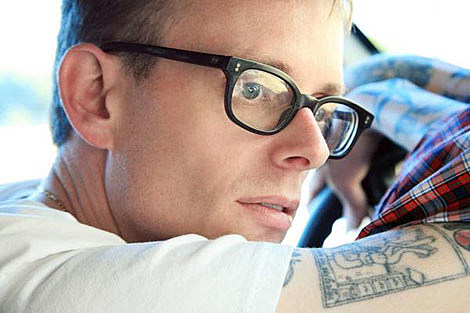 Her Space Holiday, the musical project of Marc Bianchi, is currently on tour across the US, his "first full US tour after a four year hiatus." That tour comes to Brooklyn's Bell House on Thursday, May 21st for a show with Lymbyc Systym and tourmates City Light. Tickets are on sale.

City Light is accmpanying HSH on most of the tour. In April, Banter Records released a HSH/CL split single, unofficially titled ("if i didn't feel sick, i wouldn't feel anything at all") to commemorate the trip, with each covering the other's songs. Both tracks from the single are posted above.

Her Space Holiday is planning a new LP for Fall 2009, with more tour dates to come in support of that. His last disc, XOXO Panda and the New Kid Revival, came out in October 2008 on Mush Records.

We're not sure who is currently in Her Space Holiday's band, but the band for XOXO included Andrew Kenny, as well as Mike Bell & Jared Bell of Lymbyc Systym, who are opening the Bell House show. That band also has its own US tour scheduled for July, which includes a July 18th show at Brooklyn's Union Hall. Lymbyc Systyem just released a new CD itself, a split-LP with This Will Destroy You called Field Studies, and a reissued its 2005 release Carved By Glaciers, both on Magic Bullet Records. The title track from Carved By Glaciers and "Narita" from Field Studies are posted above.

All tour dates (with HSH tour posters), and a video from talk between Her Space Holiday's Marc Bianchi and collaborator, artist PCP that took place on April 24th, 2009, below... 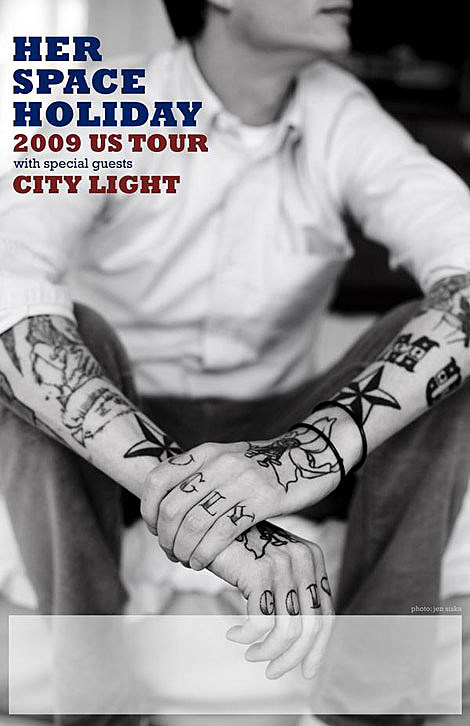 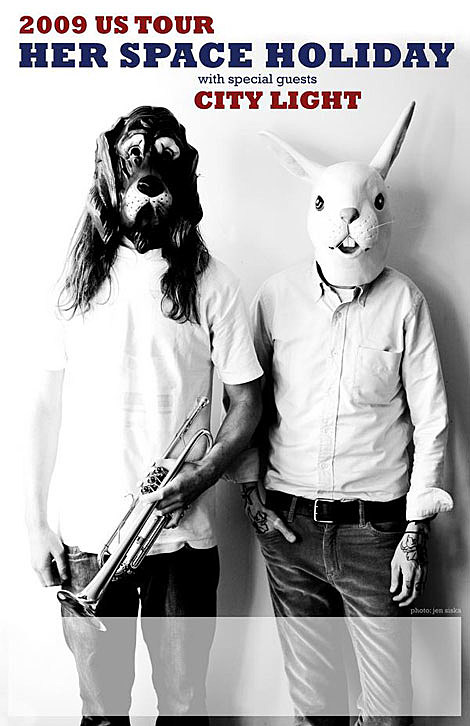