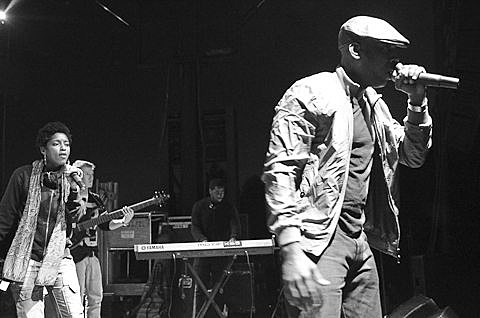 Summerstage which, as in previous years, includes more than just Central Park, will be hosting free shows this summer at Herbert Von King Park. One of those goes down this Sunday (6/10), and though billed as Talib Kweli (with Band), based on the event page's URL and Idle Warship's tour dates, we're pretty sure that means it's an Idle Warship show (aka Talib, Res, and a full live band). The show will be presented in conjunction with a screening of Brooklyn Boheme. Check out the full schedule of shows in Herbert Von King Park HERE.

In related news, Talib Kweli collaborator Jean Grae, who is gearing up to release her new full length, Cake or Death, will be playing Public Assembly on Thursday (6/7). The Brooklyn venue is hosting two solid shows that day: 'Brooklyn Live' in the back room with Jean, Skyzoo & !llmind, DJ IS1, Scram Jones, and Fresh Vetz, and 'Popular Demand' in the front room with Fool's Gold artists Party Supplies and Nick Catchdubs, along with Maffew Ragazino Sr., Nitty Scott MC, and more. Tickets to the front room show and the back room show are available. Check out the video trailer for Jean Grae's Cake or Death below, along with fliers for both Public Assembly shows. 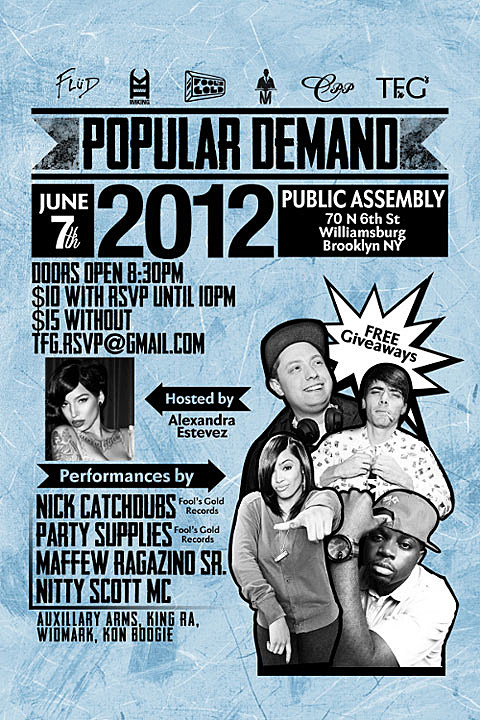 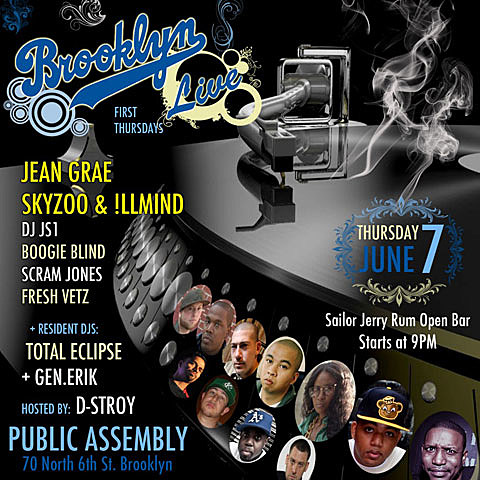