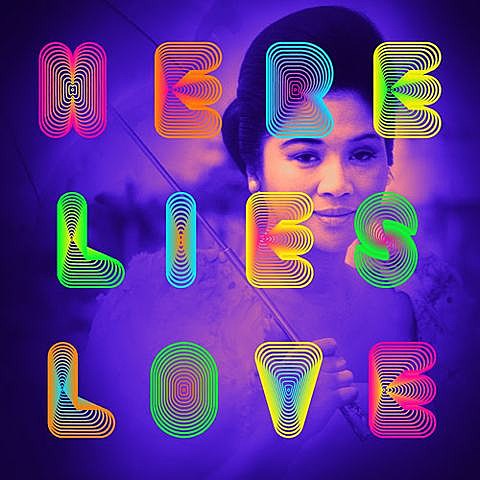 When Here Lies Love ended it's sold-out Public Theatre run last summer, co-creator David Byrne said they were looking for a new place to stage the musical. Byrne sent out a missive today with good news, and an old venue:

Here Lies Love is back! Or rather, it will be back up and running in late March (previews), with Opening Night slated for March 31st... and the run is open-ended!

We're back at the LuEsther, the atmospheric 3rd floor space at The Public Theater that was the former Astor Library. There will be improvements --- better visuals all around and drinks after!

Great news! No word on tickets yet, but Byrne also mentioned that there would a cast recording album coming out on Nonesuch. "It doesn't sound like any cast album you've ever heard, with seven new songs since the last iteration of this project," Byrne writes. The physical release will be two CDs with a 52-page booklet. Release date is TBA but that's the cover art above.