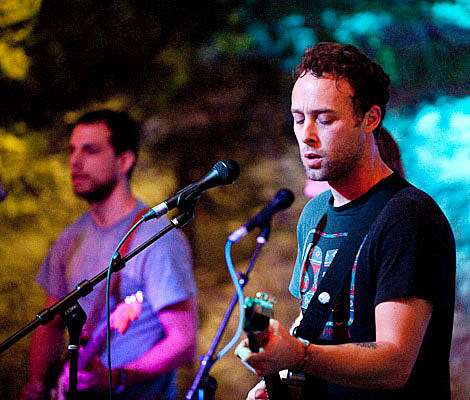 ""Thank you very much," the frontman Luke Temple told the [SXSW] crowd. "We're Here We Go Magic, and you are all very beautiful." So was the music, a series of crescendos that rose and fell like waves crashing onto a reef. But the music had more of a rhythmic pulse than most psychedelia, underpinning hypnotic keyboard drones with tribal drums in a swirling maze of sound you could get lost in. The group's next album, due out this summer, should be a show-stopper." [NY Times]

"Pigeons, set for release on Secretly Canadian on June 8th, is an entirely self-produced album, recorded by Here We Go Magic over four months living together in late Summer and Fall of 2009." "Collector," a track from the LP that they've been playing live (they did a great version of it at the BV SXSW show for example), is available as a free download above.

Here We Go Magic's current tour will get to the NYC-area for an April 30th show at Maxwell's, which you can still grab tickets for. They'll also be at Truck America, the weekend-long fest in Big Indian, NY's Full Moon Resort, on May 2nd, along with Mercury Rev, White Rabbits, forgetters and others.

After that, Here We Go Magic tour Europe, and will be back for a new pre-Bonnaroo show at Music Hall of Williamsburg on Tuesday, June 8th. Tickets go on sale Friday at noon.

All tour dates including their summer fest schedule, album art and tracklist for the new LP, and video of their song "Tunnelvision" on Pitchfork's web show of the same name are below... 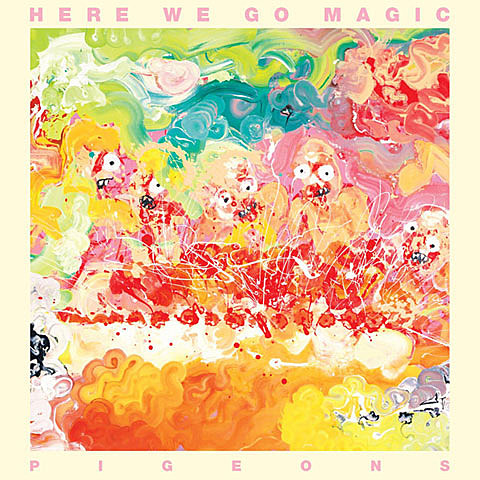