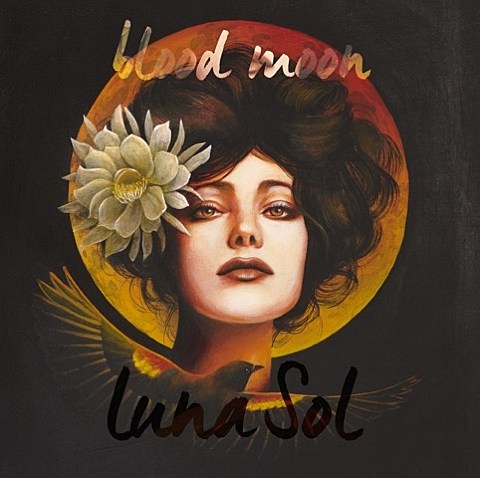 David Angstrom, guitarist of one of Kyuss singer John Garcia's post-Kyuss bands, Hermano, recently started a new project called Luna Sol. The self-described "High Mountain Stoner Rock" band are releasing their debut album, Blood Moon, on -- you guessed it -- 4/20, and it features contributions from John Garcia, as well as John's former bandmate Nick Oliveri. The album is being released by, and up for pre-order at, Slush Fund Recordings.

David's lineup is rounded out by drummer Pat Gill (The Feds, '76 Pinto), guitarist and vocalist Shanda Kolberg (The Swanks), and bassist/vocalist Shannon Fahnestock (The Swindlers). We've got the premiere of new single "Standley Lake," and this one doesn't feature any of the Kyuss guys, but it certainly sounds like the work of somebody who spent over a decade in a band with one. Rip your bong (I mean, if you're in a place where it's legal obviously, like Colorado where Luna Sol are from) and listen to the new song below.

The band's only upcoming date the moment is a hometown show on April 16 at the... Hi Dive (sorry).