DOWNLOAD: Hess is More - Creation Keeps the Devil Away (MP3) 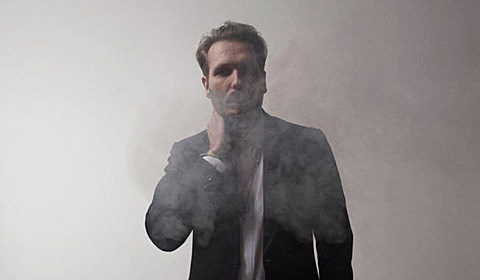 Danish musician Mikkel Hess just released Creation Keeps the Devil away on Nublu Records, the new album under his punny moniker Hess is More. The album's out this week and you can download the title track at the top of this post and watch the video for the very catchy "Burn" below.

Hess is More plays a record release show Tuesday (10/11) at Westway (75 Clarkson St.) and it's free with RSVP. While his records are a solo thing, Hess is More live is a seven-piece band which sounds pretty interesting. Nomi Ruiz is DJing.

In addition to the "Burn" video, there are streams of Hess is More covers of Blondie's "Heart of Glass," Talking Heads' "Once in a Lifetime" and Simon & Garfunkle's "The Only Living Boy in New York" -- a tribute to the city where he made his new album. Hess says:

Sometimes it can be overwhelming to think about how much amazing music that has been created already. Maybe you know the feeling of songs from that endless pool of music that just fall into your head, and you don't know where they came from. You might not even recall the title or the artist, but some part of it is stuck with you. I started acting on these bits and pieces dropping in, by making cover versions. Not studying excactly the orginal, but based more freely on the bits and pieces I could remember in the moment. Here are three songs that are somehow all related to New York City. Thanks.

Flyer for record release party, videos and cover version streams are all below. 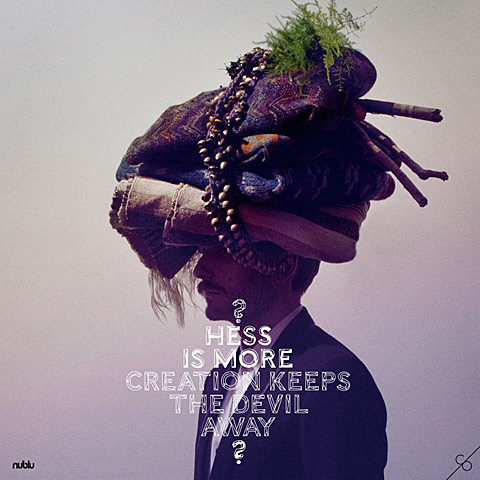 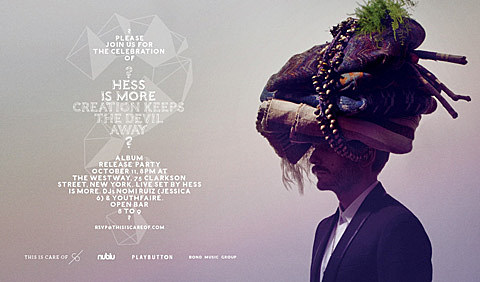 Once in a Lifetime / Moon River (Hess Is More, Cover Version) by Hess Is More

Only Living Boy in New York (Hess Is More, Cover Version) by Hess Is More