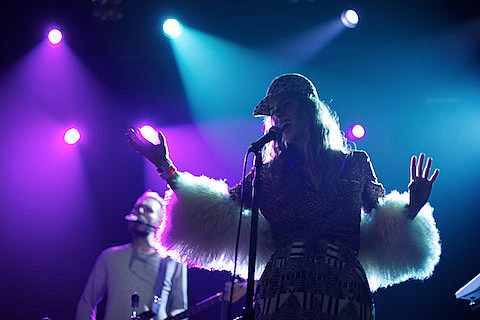 Hess Is More -- aka multitalented Danish artist Mikkel Hess -- will be playing NYC's Cameo Gallery the last three Tuesdays in September. The "Hessidency?" kicks of this week (9/10) with opening sets from fellow Danes Ane Trolle and Naja Rosa. The 9/17 show is with Listening Center and Youthfaire, and the 9/24 show also has SH101 and Tippy Toes on the bill. Tickets for all three shows are on sale now and the flyer for the Hessidency is below.

Hess is More's most recent album, Creation Keeps the Devil Away, came out back in 2011. You can stream it below but it only hints at the live show which borders on DFA-style dancerock. Highly recommended. Ane Trolle's latest album, Honest Wall, was released last fall and you can stream that in full below as well. 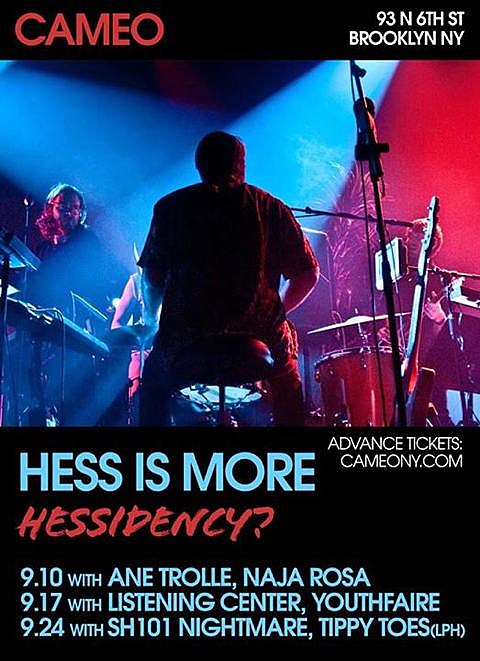