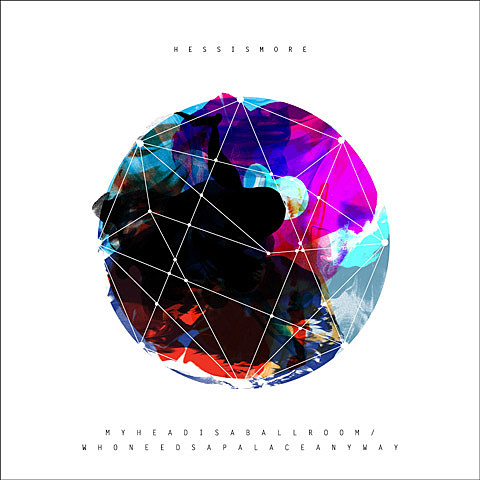 Mikkel Hess has been making music as Hess is More for a while now and is set to release a new album next month. With it comes a typographic shift (or perhaps just a broken space-bar on his keyboard), changing the name of his group to Hessismore and the album, due August 19, is titled Myheadisaballroom / Whoneedsaplaceanyway. That's the cover art above. Where his previous releases were more of a solo venture, the new LP was made with a steady band that's been gigging pretty regularly over the last couple years, and was recorded by Andrew Raposo (Midnight Magic, Hercules & Love Affair). We've got the premiere of the LP's groovy "Bearsong" in this post.

Hessismore have a few other dates lined up as well, including the Wassaic Project festival in Wassaic, NY next weekend (Aug 1). All are listed, along with the new song stream, album tracklist / trailer and a live video, below...

Hess Is More Live: Would Would You Like To Disco?