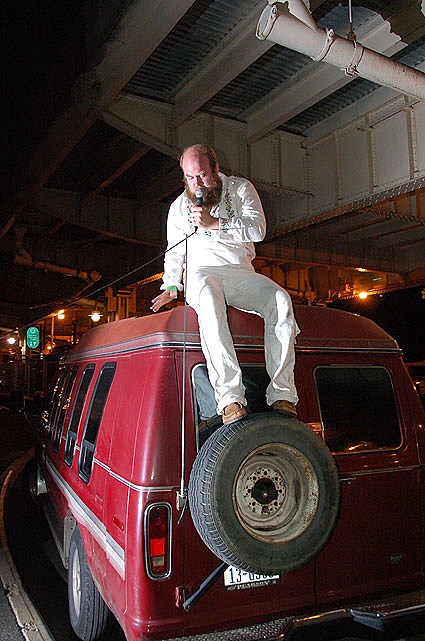 "On the grass-roots level, cost has always been a concern for touring bands. But the nearly $2,500 in gas Garcia and his two bandmates would have had to pay just to make it to Vancouver, Canada, and back was too much to overcome." [an Associated Press article]

Strangely the article doesn't even touch on sustainable touring and whether that might cut down costs while being friendly to the environment at the same time.

In the above picture, Les Savy Fav's Tim Harrington (having just stepped off Citysol's solar-powered stage) is sitting on top of These are Powers' vegetable oil-powered van.