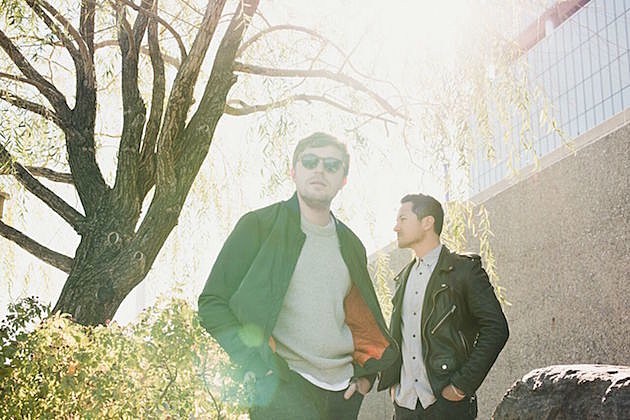 Australian ex-pat duo High Highs (who call Brooklyn home these days) will release their new album Cascades on February 5 via [PIAS]. For the first time, the band used a drummer, Sean Hutchinson, during the recording process, which subtly fills out the duo's shimmering, ethereal sound. You can really hear his effect on Cascade with new single "How Could You Know" which is one of their most rhythmically-driven songs to date. (There is maybe a little "Don't Fear the Reaper" in there as well.) Says High High's Jack Milas:

This tune was one of the first ones we wrote when we finished touring and went to the country to start writing....Once we had How Could You Know I think we had the confidence to step further into unfamiliar territory for the rest of the record. We had a lot of fun playing this one in Oli's living room with just a piano and 12 string guitar, and that method dictated how we wrote a lot of other songs on the album. It was important to us that they sounded great stripped right back.

Listen to "How Could You Know," as well as Cascade's title track, below.

High Highs will play a Cascade release party in Brooklyn on January 29 at Union Pool. Surf rock is Dead open and tickets are on sale. Shortly after, they'll head back to Australia for a few shows and then they'll tour North America in April. All dates are listed below.