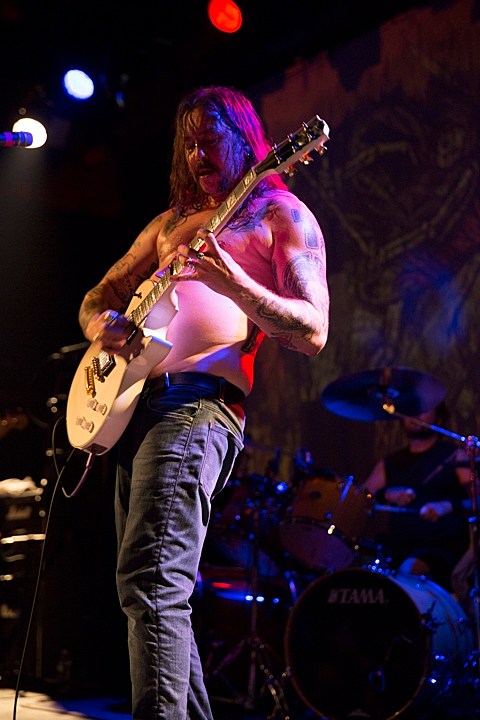 The first-ever Converse Rubber Tracks Live tour roared into NYC on Friday (8/15) at Music Hall of Williamsburg, bringing along with them a whopper of a free showcase featuring metal Gods High on Fire and Brooklyn chaos outfit Blackest.

Unfortunately, for one reason or another your man Klaus completely missed Blackest. As a matter of fact, I got to the venue just as the lights were being dimmed for High On Fire's absolutely crushing set. I really wanted to see Blackest. They are heavy, aggressive, and as musicians they are tighter than a baby rabbit's b-hole. Did you see them? How was their set? Fortunately for me and other New Yorkers, they play ABC No Rio on Saturday (8/23) as part of a hardcore oriented matinee (which is also a stop on Dangers and Graf Orlock's tour).

As usual, High On Fire delivered a flawless and brutal dose of riffcentric sludge that brought the room's humidity and stank level to a solid 100%. Though derivative to a certain extent in their own right (but who isn't), High on Fire are so influential and so often imitated by lesser cretins that when you actually see them live you can't help but immediately come to the realization that they are simply impeccable; Gods of the genre. Throughout the entire set, which consisted of tunes new and old, the crowd was 110% into it. Some shoving, lots of fist pumping, and copious amounts of singing along made this one of the funnest sausage fests I have been to in ages. They bookended the show with classics, "Fury Whip" and "Snakes for the Divine" and included crushers "Baghdad," "Fertile Green," "Mouth of the Architect," "Devilution," "Rumors of War," and "Fireface," among others. If you were a newbie to High on Fire, this show was a perfect orientation. If you were a veteran fan, the show was a great homage to a staggering career. If you were an idiot, you were elsewhere.

High on Fire's Matt Pike will be back in NYC when Sleep's tour hits NYC on August 25 at Stage 48 with Holy Sons (sold out).

More pictures from the show, below... 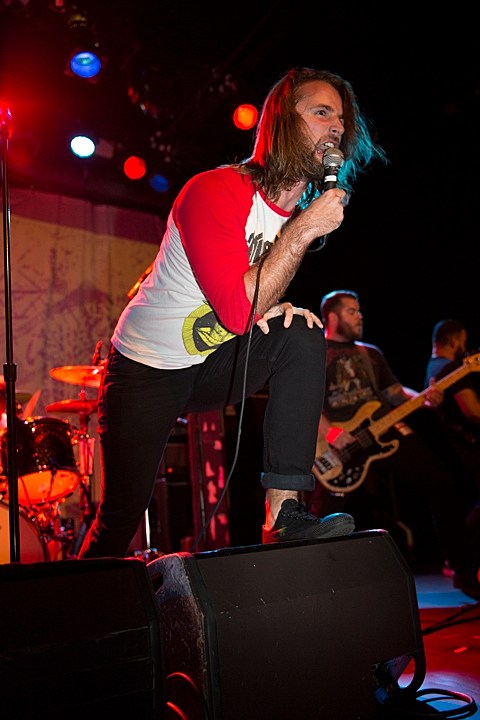 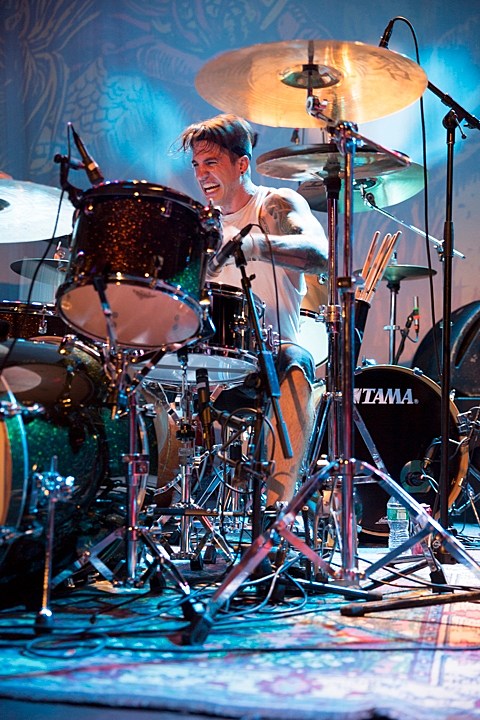 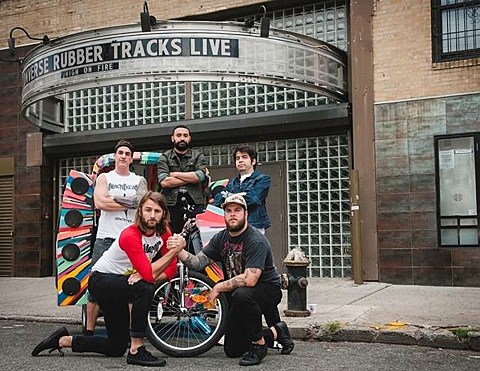 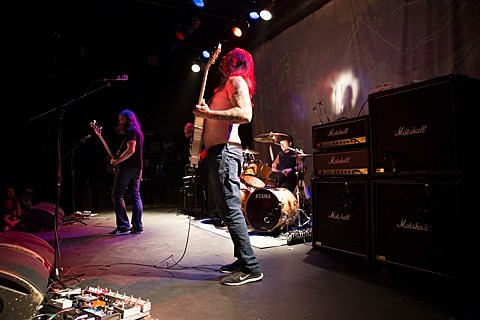 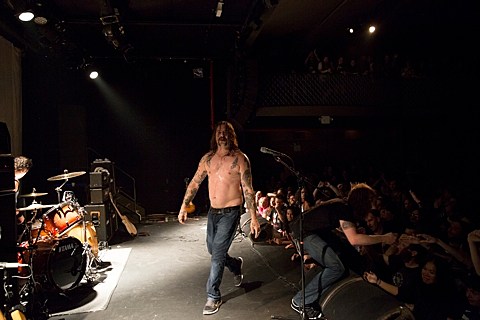 The setlist and a great shot from last night's LA show at Echoplex: