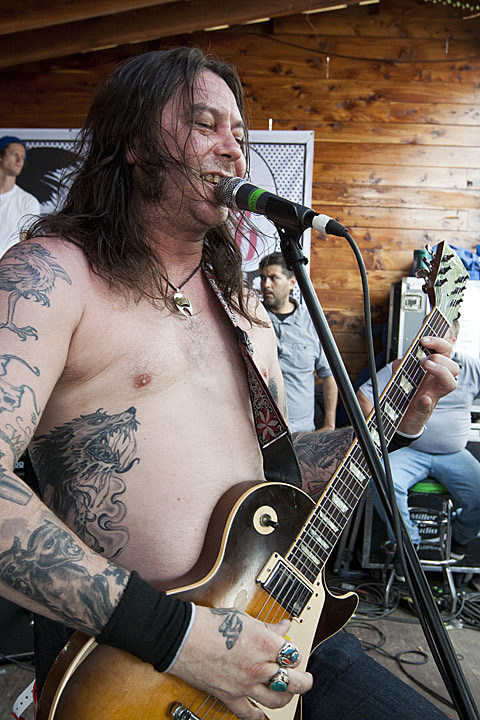 Sure, Pike's stolen guitar still hasn't show up, but High on Fire have some other news to celebrate. Matt Pike is on the mend following his stint in rehab and now will team with Goatwhore and Lo-Pan for a US tour. Look for the tour to hit November 30 at Bowery Ballroom and December 1 at Music Hall of Williamsburg along with Primate (who recently dropped an new LP this year). Tickets go on AMEX presale on noon on Wednesday (9/26) and regular sale on Friday (9/28).

All tour dates are listed below, along with a brand spankin' new video for "Death to the Architects of Heaven" by Goatwhore.

Goatwhore - Death to the Architects of Heaven