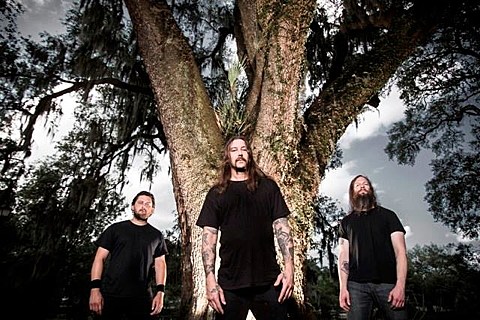 High on Fire are two weeks away from releasing their new album, Luminiferous (due 6/23 via eOne Music), and they're now streaming it in full. It's the kind of ass-kicking sludge that High on Fire have been consistently great at for years, and longtime fans should have no trouble latching right onto it. If you're new to the band though, Luminiferous isn't a bad place to start at all. Like this year's Torche album, it's an album that will appeal to metalheads and rock fans alike. Listen to the whole thing below, via NPR.

The band's upcoming tour with Pallbearer, Lucifer and Venomous Maximus hits NYC for two BrooklynVegan-presented shows: 8/15 at Irving Plaza and 8/18 at MHOW. Tickets for both are still available.