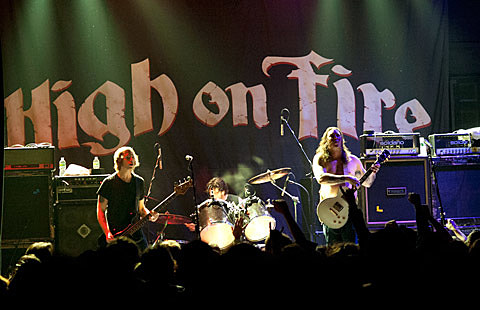 In the latest addition to the awesome Converse Rubber Tracks free show series in NYC, stoner metal royalty High On Fire will bring their tour to Music Hall of Williamsburg on August 15. Opening will be local brutalizers Blackest, ensuring that this will be a heavy experience. High On Fire are one of the best live bands around, and as usual with these free Rubber Tracks shows, you'll need tickets to get in, which go on "sale" Wednesday (7/30) at noon.

This should be a good way to tide you over until Sleep plays NYC on August 25th. And you can also get another Sleep-related fix with Om in October.

All of High On Fire's dates are listed, with a video, below...