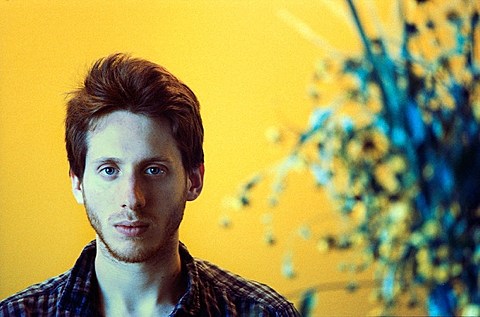 Nicolas Jaar and Dave Harrington's prog/dance duo Darkside's previously discussed tour will hit Terminal 5 for a huge sold out show this Saturday (2/8), and since we last spoke, we noticed that High Water is opening all remaining dates on the tour, including T5.

In case you needed to be confused today, the openers on the tour are NOT Bay Area indie rockers High Water, who we recently wrote about. The openers are also NOT the York, PA hardcore band High Water, which Terminal 5's website links to as the opener.

The opener, in fact, is a third artist named High Water, the project of multi-instrumentalist Will Epstein. Will has collaborated with Nicolas Jaar on multiple songs, like when he contributed saxophone to "And I Say," and has performed live with him like at his 2012 MHOW show. This past October, High Water released his debut EP, The Beautiful Moon, on Jaar's Other People label. You can download "Someday" from that EP above or stream it below. Regarding how he came up with the name, Will told Cool Hunting:

Names are a tricky beast. There wasn't that much thinking. It actually came about in a conversation with a friend of mine; she actually said it first a few months before and it stuck with me. "High water" has a lot of connotations, of both water being a life-giving force but also a high water being very much a thing of our time, that kind of impending doom. It can embrace you in a warm way as well.

Well, maybe there should have been a bit more thinking, or at least Googling!

Updated Darkside/High Water dates are listed, along with song streams, below...

Nicolas Jaar - "And I Say" (feat. Scout LaRue and Will Epstein