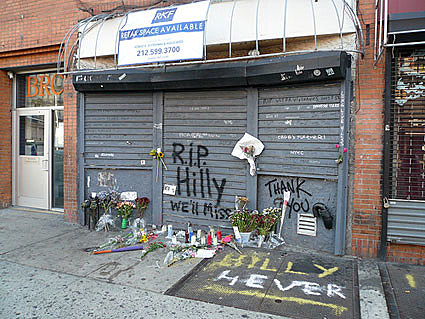 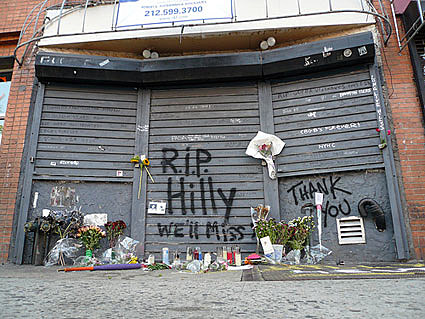 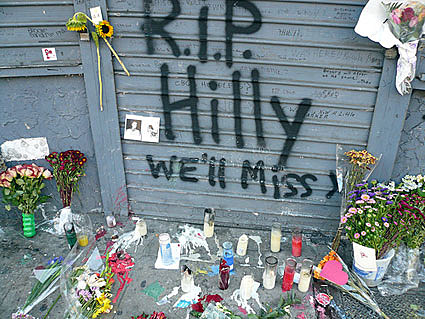 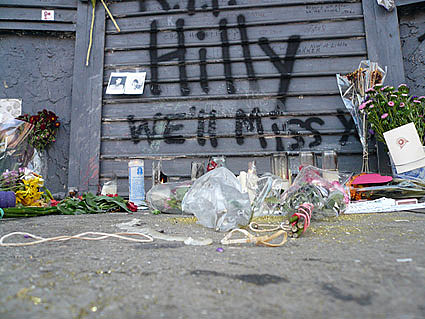 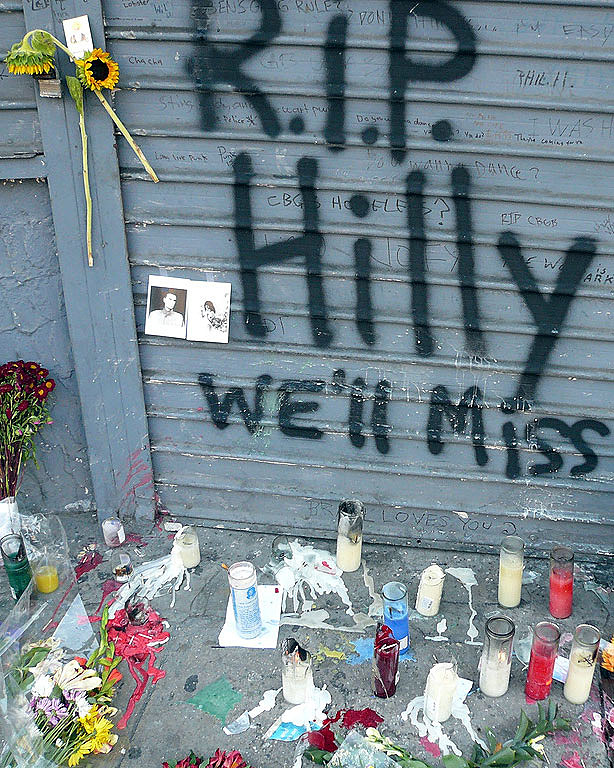 Photos taken by beau.unruh - outside CBGB in NYC on August 29, 2007 - the day word got out that CBGB founder Hilly Kristal had passed away the day before.

I did a similar post the morning after CBGB closed last year, and there was a similar shrine outside CB's when Joey Ramone died.