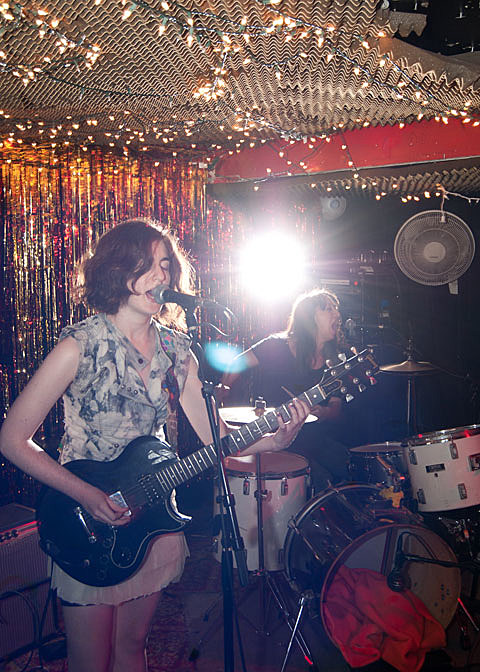 Brooklyn's Hilly Eye have a few shows coming up, including a couple this week during and around CMJ. As mentioned, they play the Life or Death showcase at 92YTribeca on Saturday (10/20) with DIIV, Maria Minerva, Mac DeMarco, Twerps, Starred, Kilo Kish, Slug Guts, Jozef Van Wissem, Sky Ferreira, and Dogbite. After that, they'll play an unofficial post-CMJ day party at 285 Kent on Sunday (10/21) with Blanche Blanche Blanche (who played Glasslands last month with Chris Cohen), Ireland bands Squarehead and So Cow, plus local bands Heaven's Gate, Ava Luna, and Butter the Children, and Massachusetts' Potty Mouth. The show runs from noon to 6 PM and there will be DJ sets by Grand Resort, Noah & Emily, and The Pelly Twins. The show is free to the public.

About a month later, Hilly Eye will play another local show at Saint Vitus on November 30 with their Don Giovanni labelmate Waxahatchee (aka Katie Crutchfield formerly of PS Eliot) and Corita. Tickets for that show are on sale now.

Some song streams and videos are below.