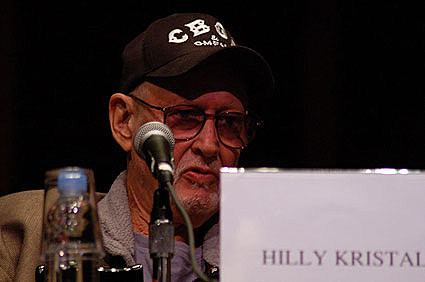 Two days after CBGB owner Hilly Kristal finished vacating his club on the Bowery, CMJ managed to get him on stage in front of badge-holding CMJ attendees. They billed it like this:

CBGB: The Ultimate Reunion (November 2): Famous alumni of CBGB gather to reminisce about the legendary club how it made a difference in their lives and changed the face of music. This reunion will be a fond look back at one of the most influential music venues in rock history. This panel is moderated by journalist/author Legs McNeil. Panelists include: Blondie co-founder/guitarist Chris Stein; original Ramones drummer Tommy Ramone; the Smithereens lead singer Pat DiNizio; CBGB owner/founder Hilly Kristal; Bad Brains bass player Darryl Jenifer; photographer Roberta Bayley, and others. 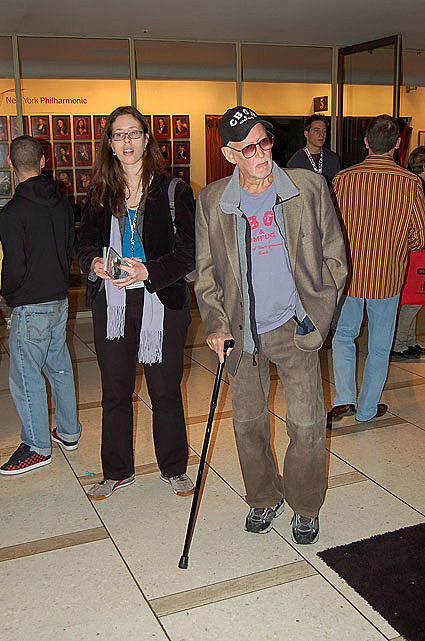 Some things I learned: 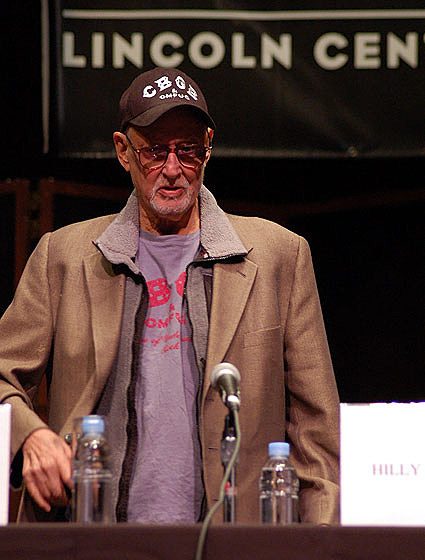