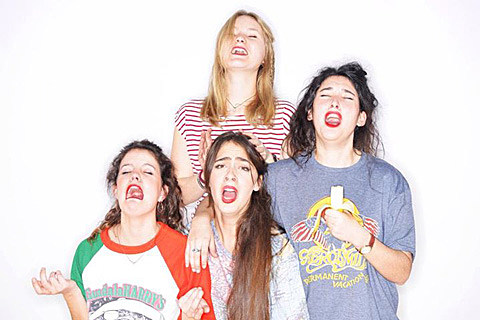 Here's a familiar story: Spanish band Hinds are having some minor visa problems, which means they won't be in the country in time for what was to have been their US debut at Baby's All Right on Friday (3/13). They write:

we are stuck in Madrid cause the US Embassy has our passports, which means that we couldn't fly yesterday to NY as planned.

we are so so so so sorry guys... we know there are more than 150 tickets already paid. we've been working in this visas-burocratic mess for the last three months but the process got stuck in this last step, out of our hands.

Bummer! Hinds will now play Baby's All Right on April 1 (doors at 11 PM) with The Yetis. Tickets are on sale now, and previously purchased tickets will be honored for the new date. Hinds also play Mercury Lounge on March 31 and tickets are still available for that show too.

UPDATE: Hinds' visas got approved and they're flying in Saturday, and have been added to Palma Violets' show Saturday night (3/14) with Show Me the Body and Sunflower Bean playing too. It's sold out but if you're going, get there in time to catch Hinds.

You can catch Hinds in Austin for SXSW too, so look out for them if you're going next week. All dates are listed below...