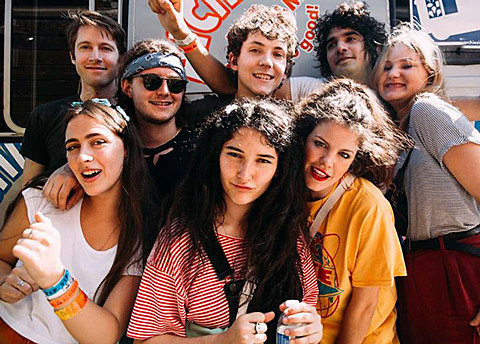 Spanish quartet Hinds, who were here back in the Spring for SXSW, will be touring this fall with Public Access TV and dates include a NYC show at Music Hall of Williamsburg on October 27. Tickets for that show go on sale Friday (7/24) at noon. All dates are listed below.

Hinds also have a new song, "Chili Town," which you can check out below as well.