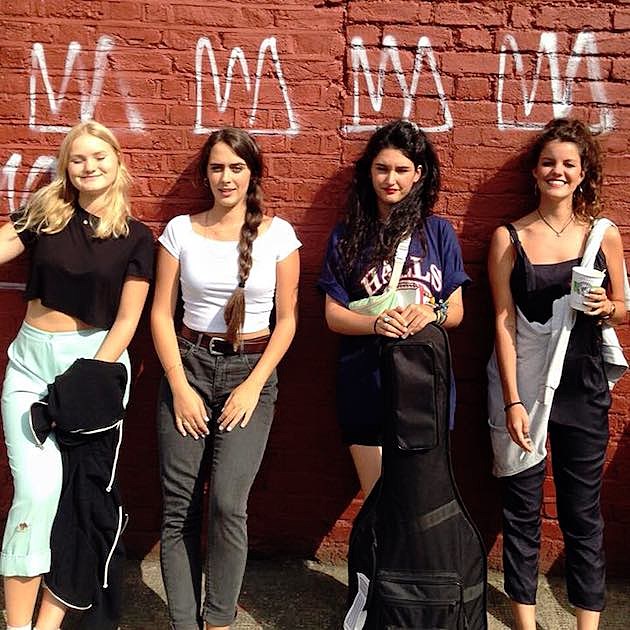 Spanish quartet Hinds release their debut album, Leave Me Alone, on Friday. It's an appealing batch of garage rock pop sing-a-longs and you can stream the whole album right now (via NPR) below. You can also watch the video for "San Diego," which was directed by Carlotta of Hinds using footage from their tour, below as well.

As mentioned, Hinds will be in NYC this week for a record release show at Palisades on Wednesday (1/6) which the band are also promising will be a karaoke party. The show is only $3 but you do need to RSVP. Poster for the show is below. Before that, they'll play a free in-store at Other Music on Tuesday (1/5) at 8 PM. Space is very limited so be sure to arrive early. 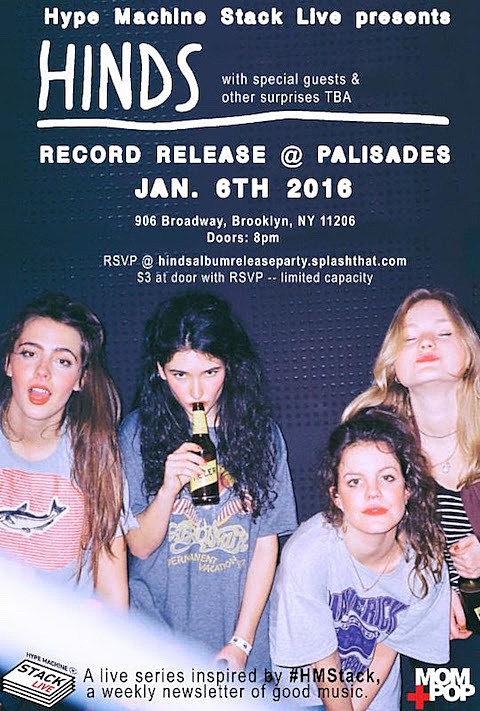