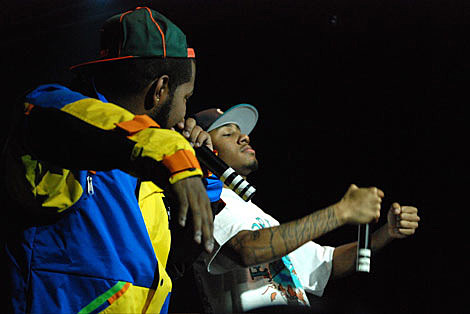 On some level, yes, perhaps this was inevitable. But after many locals realizing it for some time now, it seems that the Chicago-based hip-hop duo The Cool Kids--or more likely, the people who represent them--have finally been hipped to the fact that, here in [Dallas Forth Worth], there exists a lo-fi punk outfit by the name of the Teenage Cool Kids. And, as such, the Cool Kids' handlers have sent Teenage Cool Kids a cease and desist order, asking that the band change its name. [Dallas Observer]

In related news, The Cool Kids AND KOOL Keith (will they go after him too?) are part of the recently announced All Points West lineup. Both Cool & Kool play on Saturday Aug 1st... that's the NON-Beastie Boys / Q-Tip / Pharcyde / Organized Konfusion (!!!!!)/ Flying Lotus day (which is Friday, July 31).

Kool Keith will also appear at the Gramercy Theatre in NYC on April 3rd, but this time as Dr Octagon vs Dr Doom. All dates below. 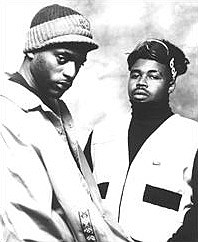 And probably the most exciting news (to me anyway) out of the APW lineup is the reformation of the mighty Organized Konfusion! The crew released their last LP in 1997, The Equinox which was proceeded by the classic self-titled and Stress: The Extinction Agenda LPs. Since then, Pharoahe Monch has been busy with his own ventures including writing rhymes for certain millionaires and showing up to support his friends The Roots at Highline Ballroom. Prince Po hasn't exactly sat idle either... his last album, The Saga Of The Simian Samurai dropped in 2007. Some videos below.

In other APW-playing, hip hop artist news, Q-Tip who always keeps busy performing (most recently on tour with the Cool Kids) and spinning, will be gettin' down at the 92nd St Y in Tribeca, James Lipton style:

Hot 97 DJ Peter Rosenberg hosts a night of music and conversation featuring famed hip-hop musician and producer Q-Tip, a member of the legendary band A Tribe Called Quest. Rosenberg will sit down with Q-Tip for a candid discussion about the life and influences of this innovative artist, whose career has spanned over 20 years. Jazz hip-hop fusion band Igmar Thomas and The Cypher will perform throughout the night, paying tribute to Q-Tip's music.

Beastie Boys recently reissued (deluxe style) Check Your Head, and have been announcing lots of festival appearances for this summer.

And finally, Flying Lotus (the "experimental music producer, disc jockey, and laptop musician from Winnetka, California") will be in NYC before before All Points West, including two dates in the next month - April 16th and 17th. On April 16th, Flying Lotus will join Kode9, Martyn, Mike Slott, Pursuit Grooves, Ras_G, and Zomby as part of Brainfeeder NYC (Part 1) at Love, a showcase for Flying Lotus's all-digital label Brainfeeder. The next day look for Flying Lotus and Kode9 to play the American Museum of Natural History as part of The Fader Presents One Step Beyond (advance tickets are available).

All tour dates, flyers and videos below... 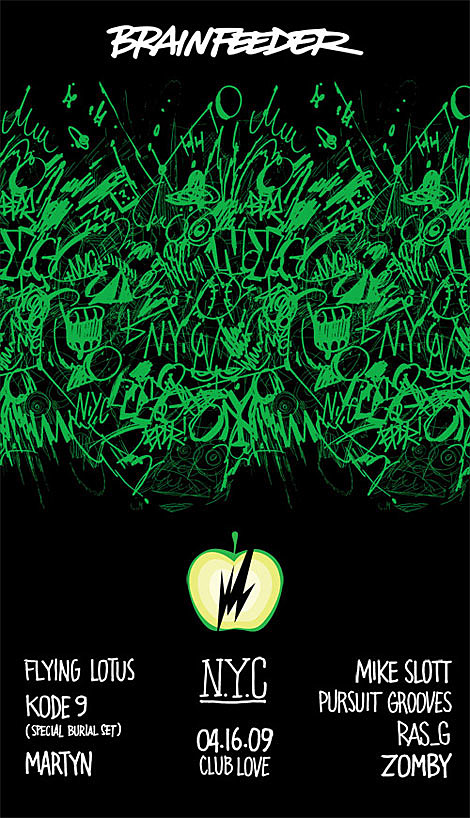