World's Fair at MHOW in August (more by Maclyn Bean) 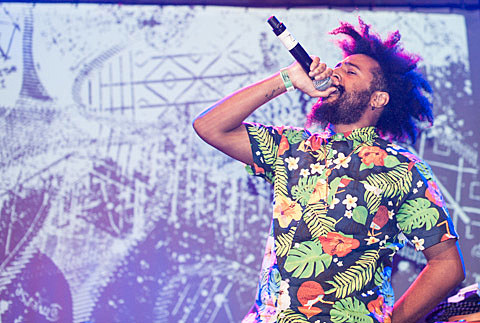 As always, there's a number of good hip hop shows coming up in NYC, and here's a few of those...

Maybe not exactly hip hop, but as discussed, M.I.A. is doing a few shows this year, including two in NYC happening on November 1 and 4 at Terminal 5 (three if you count the YouTube Music Awards). Tickets for the 11/1 date are still on sale, and the 11/4 date is sold out but we're giving away a pair of tickets to that one. Contest details below.

Sooner than that, you can catch fast-rising Chicago rapper Chance the Rapper at his second of two nights at SOB's TONIGHT (10/30). He's doing two shows tonight (8 PM and 11 PM), both sold out. And if you're going, don't miss footwork wizard DJ Rashad, who's opening.

Another upcoming Chicago rapper, Tree, is playing NYC on November 19 at Glasslands with Illmind. Tickets for that show are on sale now.

An upcoming group of rappers, this time from NYC, World's Fair, are playing a Hot 97 Who's Next show at SOB's on November 21 with Ratking, The Incomparable, Shakespeare and G4SHI. Tickets for that show are on sale now.

A more veteran NYC rapper, Jim Jones (of Dipset), will be teaming up with Skibeatz & the Senseis for a hometown show on November 3 at Mercury Lounge. Tickets for that show are on sale now.

A bunch of veteran NYC hip hop DJs, including Afrika Bambaataa, Ali Shaheed Muhammad and many more, will be at the 40th Anniversary of the Universal Zulu Nation at SOB's on November 10. Tickets for that show are on sale now. More info and full lineup here. 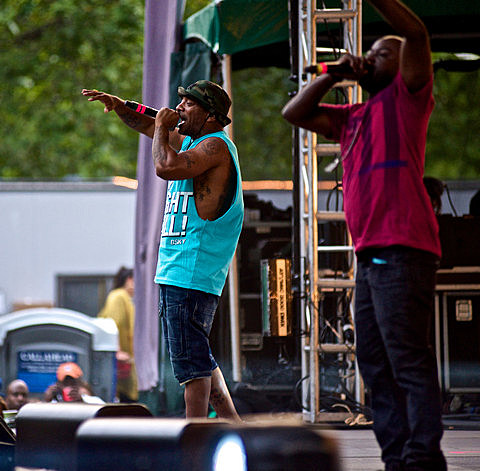 Some big name veterans will be just outside of NYC in Mashantucket, CT for Hip Hop Reunion II in the MGM Grand Theater at Foxwoods Resort Casino on December 21 with Lil Kim, Fabolous, Mobb Deep, Warren G, Method Man, Redman, and more. Tickets for that show go on sale Friday (11/1) at 10 AM and are on "special hip hop fan presale" now.

More vets, this time from the west coast, Blackalicious (aka Gift of Gab and Cheif Xcel) are playing Brooklyn Bowl on December 10. Tickets for that show are on sale now.

For something much different, you can catch Kosha Dillz (who often opens for Turquoise Jeep) at The Studio at Webster Hall on November 4 with Kyle Rapps, Stan Ipcus, G.R.A.M.Z., Shamon Cassette and SFTTM. TIckets for that show are on sale now.

Stones Throw-signed rapper Homeboy Sandman is teaming up with YC the Cynic (who recently released his GNK LP), I Am Many, Open Mike Eagle and Tone Tank for a show on January 18 at Gramercy Theatre. Tickets are available.

A pretty big rap show that just happened in NYC was Drake's Barclays Center show on Monday (10/28) as part of his tour with Miguel and Future. On stage, he was joined by Busta Rhymes, Future, Jhene Aiko, A$AP Ferg, A$AP Rocky, and other A$AP Mob members. Check out the full setlist and a video of him playing a new song, "Trophies," below.

Speaking of A$AP Ferg, his previously discussed tour includes a NYC show happening on December 6 at Irving Plaza. Tickets for that show are still available.

Busta Rhymes
Put Your Hands Where My Eyes Could See

Encore:
Hold On, We're Going Home
Too Much
Worst Behavior
The Language
305 to My City

Encore 2:
The Motto
HYFR (Hell Ya Fucking Right)
All Me
Started From the Bottom