Ab-Soul in Williamsburg Park in 2013 (more by Amanda Hatfield) 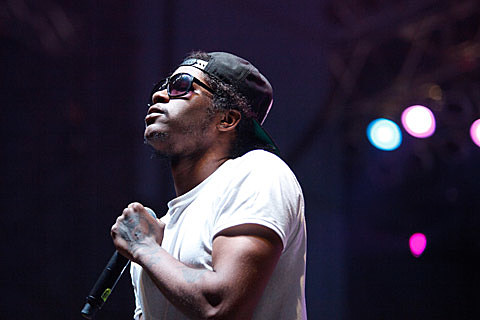 There's never a lack of great hip hop shows going on in NYC. Here's a roundup of a few of the good ones coming up, plus a handful of new tracks and videos from artists who will be here soon...

NYC rapper Smoke DZA recently made a video for "Hearses" which features Black Hippy's Ab-Soul and appeared on DZA's recent Dream.Zone.Achieve album. Check that out below. Ab-Soul, who put out his own new album recently, will be here this weekend for the 4Knots afterparty at Webster Hall on Saturday (7/12). Tickets for that show are still available.

Ab-Soul's TDE labelmate SZA, who dropped the track "Moodring" earlier this week, is now back with a Jill Scott collaboration, "Divinity," produced by Channel Orange contributor Om'Mas Keith. Jill's powerhouse soul mixed with SZA's airy indie/R&B tendencies works out really well, as you can hear below. SZA plays the AfroPunk-curated RBSS show at Rough Trade this month with Cakes Da Killa and more ($3 with RSVP). And both Cakes and SZA are playing the free AfroPunk Festival in August with D'Angelo, Body Count, Trash Talk and more.

This weekend is also the Brooklyn Hip Hop Festival which includes a show on Saturday (7/12) at 50 Kent with Raekwon, Jay Electronica, CJ Fly, Cyhi The Prynce and more (tickets). Rae just rapped over a remix of Teena Marie's "Ohh La La" yesterday (7/10) for his #TBT series, and you can stream that below. CyHi also just put out a remix of "Good Night" off this year's Hystori: Black History Project mixtape. He brings Scotty ATL, Marian Mereba and Andrew "GC" Fennell along for the remix, which is streaming below.

Speaking of rap shows at 50 Kent, that's where Fool's Gold Day Off happens this year (Labor Day, 9/1) with Danny Brown, French Montana, The LOX and more (tix on sale 7/15). French Montana just put out a new single, "R&B Bitches" featuring Fabolous and Wale which is an unsubtle ode to the female R&B singers they dreamt of sleeping with (Mary J Blige, Miley Cyrus, Ashanti, Kelly Rowland, and Rihanna to name a few). You can stream that one below.

Juicy J at Irving Plaza in 2013 (more by Samantha Marble) 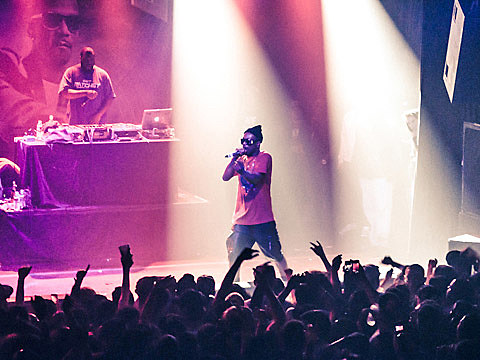 The Weeknd's pal Drake will also be in NYC when his tour with Lil Wayne hits Queens' Forest Hills Tennis Stadium on August 19 (tickets). Wayne and Drake's collaborative song "Believe Me" was just revamped by Juicy J who released a version with his own verses that you can stream below. This comes a day after Juicy did the same to Drake's song "0 to 100," which you can also stream below. Juicy's tour hits NYC on July 22 at Terminal 5. Tickets for that show are still available.

Back to this weekend, the Jay Z / Beyonce tour rolls through the NYC-area for shows at MetLife Stadium tonight (7/11) and Saturday (7/12). Tickets for those shows are still available. Jay also plays Global Citizen Fest. Beyonce and Jay Z will also be filming part of their tour for an HBO special, as Billboard reports.

Another rap/R&B double bill hits MetLife Stadium for a 2-night stand in August when Eminem and Rihanna take over the venue (tickets).

For something much smaller, local rap group Ratking play another hometown show on August 4 at SOB's. Tickets are on sale now. 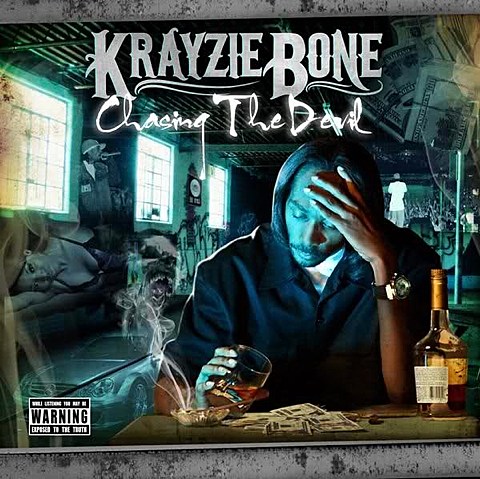 For something more old school at SOB's, Bone Thugs-n-Harmony member Krayzie Bone will celebrate the release of his new album, Chasing The Devil, there on July 22. Tickets are on sale.

For something even more old school, Biz Markie celebrates the 25th anniversary of "Just A Friend" with a live performance and DJ set on September 12 at BB King's. Tickets for that show are on sale now.

Sooner at BB King's, you can catch Fat Joe with Smoove Ski, La Luv and Famous on July 18. Tickets are on sale.

Internet-famous rap group Turquoise Jeep return to NYC on September 18 at Brooklyn Bowl with Oxymorrons and SABA. Tickets for that show are on sale now.

And while we're not sure who will show up, The Soul Rebels play Brooklyn Bowl on August 15 with special guests and a Google search shows Joey Bada$$ was initially announced. Even if it's no longer him, they've collaborated with other rappers including Slick Rick, members of Mobb Depp, The Lox and more, so it should be interesting. Tickets are on sale.

There's plenty of other upcoming hip hop shows in NYC too, including Deltron 3030, Hieroglyphics, De La Soul, and still more. What else?

All streams and videos below...