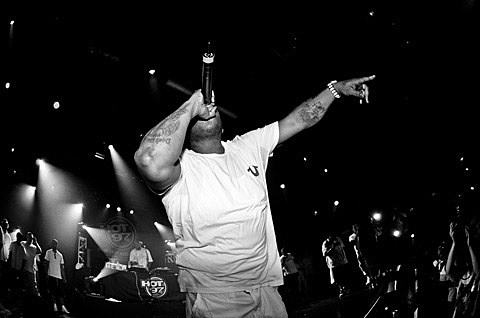 Cypress Hill are playing their mostly annual NYC Halloween show this year on October 30 at Best Buy Theater, and they've got La Coka Nostra, Immortal Technique and Vinnie Paz joining them for the occasion. Tickets for that show go on sale today (8/8) at noon. Their only other date that we're currently aware of is Made In America LA.

Two days after the legendary Rakim plays Studio 48 (10/2) with Slick Rick, he plays 'The Bbg Presents The Noge 50th Year Benefit Concert' at NYC's Apollo Theater (10/4) with Big Daddy Kane (tickets). Both Rakim and Big Daddy Kane are also billed for the 'Hip Hop Hall Of Fame Jam: Legends of The Fall' happening at Long Island's NYCB Theatre at Westbury (10/4) the same day as the Apollo show, so it's not entirely clear how (or if) that will work out. Also on the Westbury show is Doug E. Fresh, Slick Rick, Biz Markie and Pep & the Soul Explosion Band (tickets).

Veteran New York trio The LOX (Styles P, Sheek Louch, Jadakiss) are on board for this year's Fool's Gold Day Off on Labor Day, and exactly a month later they'll play NYC again at BB King's on October 1. Tickets for that show are on sale now.

Sooner at BB King's another NYC rapper, Fabolous, takes over the venue on August 23. Tickets for that show are on sale now. 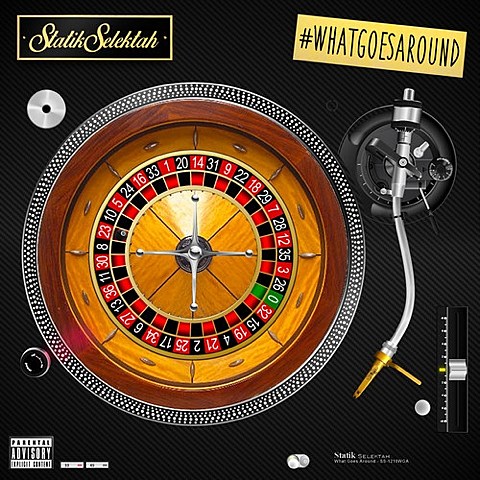 Long-running DJ Statik Selektah releases his new album, What Goes Around, on August 19 via Duck Down. It features tons of killer collaborations from Action Bronson, Joey Bada$$, Talib Kweli, Ab-Soul, Sheek Louch, Styles P, Snoop Dogg, Dilated Peoples, Royce Da 5'9, Black Thought, Bun B, POS of De La Soul, Sean Price, Pharoahe Monch, Freddie Gibbs and more. Get a taste of it from three tracks, "Alarm Clock" (ft. Ab-Soul, Jon Connor, Logic), "The Imperial" (ft. Action Bronson, Royce Da 5'9, Black Thought), and "Carry On" (ft. Joey Bada$$, Freddie Gibbs), along with the tracklist, below. Statik Selektah celebrates the new LP with a release show the day before it comes out at SOB's (8/18). Tickets for that show are on sale now.

There's a '90s vs Naughts party happening on the Luxury Infinity Yacht which loads in on August 16 at 10:30 PM on Pier 40 (353 West St) and sets sail at midnight. NYC hip hop vets Smif N Wessun and Buckshot will perform a brief live set, and music will otherwise be provided by DJs including Stretch Armstrong, DJ Moma, Young Guru, Meka, DJ Soul and DJ Tara. Tickets are on sale now and you can also RSVP for VIP. Flyer with more info, below.

Those are just a few hip hop shows coming up in NYC. You can also browse our 'Hip Hop' tab for more. What else? 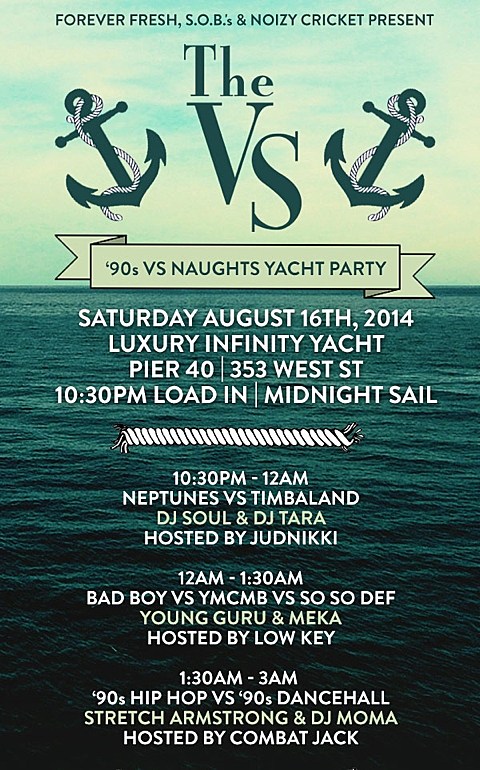