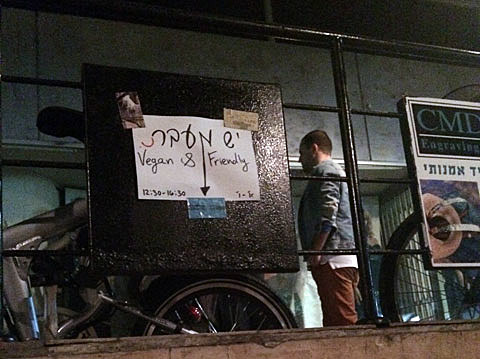 Popular British tabloid the Daily Mail has published an article titled "The hipster guide to the world! The poor inner-city districts that have become achingly cool (beards optional)". They highlight various gentrified areas around the world that are now "hipster" central. Williamsburg, Brooklyn naturally made the list. They write:

If hipsters have a mecca, it's most certainly Williamsburg.

'A world of bow ties, trilby hats, and suede chukka boots, where everyone's an amateur photographer with an unnecessarily expensive DSLR camera', according to lifestyle website Thrillist.com.

The only other U.S. neighborhood that made the list is San Francisco's Mission District. Neighborhoods in Latvia, Madrid, Amsterdam, Berlin, Stockholm, London, Melbourne, Copenhagen, Istanbul, Paris, Helsinki, Tokyo, and Tel Aviv are also listed and described. 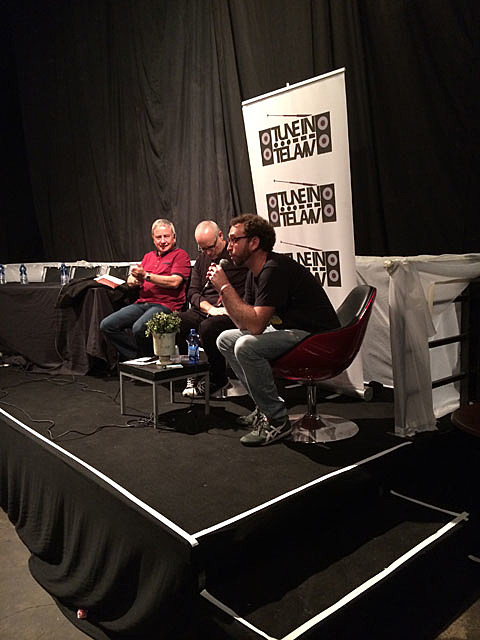 Speaking of Tel Aviv, I just got back from annual music conference Tune In Tel Aviv and can attest to the city's continuing, overall art scene and general hipness. Despite what you might think from the news, Israel's a place with a very active and interesting music scene spanning multiple genres (with amazing hummus).

While there as a guest of the fest, I caught something like 40 live acts at various venues including The Container in Jaffa and Tel Aviv clubs Papaito, Rothschild 12, Pasaz, The Zone, and the multi-room Kuli Alma. The latter is co-owned by artists including DJ Yarin Lidor who I heard spin there along with a DJ set by Raw Tapes-signed beatmaker/producer Kalimist K Boog, whose recent 'low-rider hip-hop, futuristic Synth groove and Boogie Funk' album you can stream below.

"Mediterranean surf rock tuba driven power trio" Boom Pam put on a great show. Their tuba player is named Tuby, and fans of Gogol Bordello and Devotchka should check them out.

The Kokoro, pictured below, is an 'art project' band involving tall women in cat suits, a keytar, tribal imagery, multiple drums and infused EDM beats. They're a bit over the top, cheesy even, but thoroughly entertaining, and I couldn't look away. Maybe you caught them at CMJ this year. if not, I heard they're moving to NY.

'Palestinian Rapper for Change' Saz raps and gets people dancing, as does the mutlitalented (and multicolored) singer, songwriter, rapper, and electronic producer Adi Ulmansky (who covers James Blake in her set, and has since opened for Kate Tempest in also-hip Berlin).

Garden City Movement make post-James Blake, Lo Fi Fnk-like, Hot Chip-wave music which is catching on. They're already scoring minor hits abroad with songs like "Move On". "Pont Des Arts" just premiered on FADER. You can see them at SXSW 2015, and listen to a few tracks below. 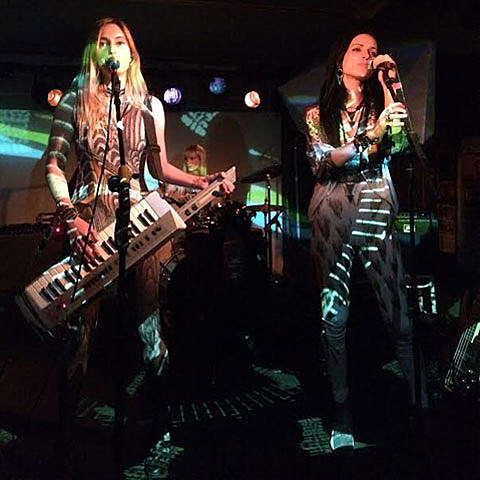 My week in Tel Aviv ended at a club called Cat & Dog with a late night DJ set by Mute Records founder Daniel Miller who earlier in the week interviewed fellow music industry legend Seymour Stein as part of the festival's keynote speech. Topics included that time Seymour signed the Ramones, that time Seymour introduced Daniel to a young Madonna, when Daniel first told Seymour about Depeche Mode, and the importance of a hit song to an artist hoping to get noticed. One of those artists hoping to get noticed actually busted out in song during the Q&A portion at the end.

The conference didn't include a set by the Burger Records-signed Israeli garage rock band Vaadat Charigim, but they'll also be back in the US for SXSW again. Miss Red didn't play the conference either, but her vocal additions to 3421's set were a major highlight of the fest two years ago, and she has since appeared on on The Bug's new guest-filled LP.

Listen to some of the artists mentioned above, below...