Hold on tight, the following post may make the internet completely collapse upon itself. Christopher Weingarten, notorious blogger/tweeter (as 1000TimesYes) and ex-drummer of Parts & Labor, welcomed his latest book Hipster Puppies over the summer. In celebration, Weingarten is throwing two upcoming events. The first is a (rescheduled due to hurricane Irene) "Hipster Puppies instore" at Sound Fix Records this Saturday (9/10). "Bring a dog, get a dollar off a book." Chris will be DJing. Flyer below.

The second, more my style, is a release party on September 21st at Public Assembly with live musical appearances from Zs, Burning Star Core, Mountains, and Dinowalrus, all of which appear on the Hipster Puppies: New York Cassette which is also celebrating its release that night. Limited to 350 copies, this 87-minute tape is available for purchase or for free to the first 50 people to buy tickets. Tickets are on sale now. 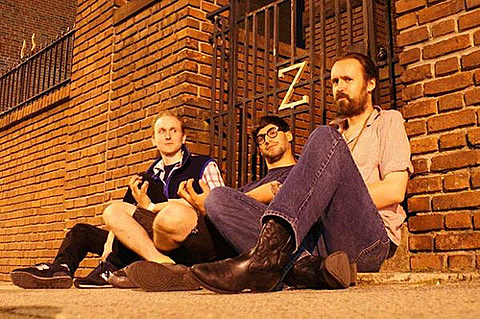 In addition, Zs will also celebrate their own release of a Sky Burial cassette, "an extremely limited 18-minute sound collage of lo-fi recordings snatched from the band's European encores". Available in two editions, a golden mirror finish and a white one (limited to 50 and 150 respectively), the release is the first of a trilogy of recordings for Zs that will include a 2x7" called 33 and an LP entitled This Body Will be a Corpse. Look for the LP on Playbutton and the 7" on Northern Spy (who will release many upcoming Zs recordings) but in the meantime, stream "33" and a snippet from the Sky Burial below.

Zs is also scheduled to play a release show for 33 in November (details forthcoming) as well as the first night of the Spy Music Festival going down on Oct 1st (at Shea Stadium) and 2nd (at Zebulon). Zs will join Bird Names, Colin L. Orchestra, Dan Melchior und das Menace, Neptune, Eleven Twenty-Nine, and Haunted House for the first night, while the second night will feature appearances from The Spanish Donkey, Hubble, Angels in America, Weyes Blood, and Zaimph. The shows are in celebration of record label Northern Spy's first anniversary. Full details on the festival are below.

In related news, Sam of Zs also is a member of Diamond Terrifier, who will play The Gutter on Sunday (9/11) with Charlie Looker (Extra Life), Patrick Higgins, and Eric Wubbels. $5 gets you into this 21+ event of avant-garde experimentalism. Stream an excerpt from Diamond Terrifer's forthcoming Himalayan Appalachia below, and look for it on limited cassette on 9/17.

Extra Life also have a show coming up at Glasslands. 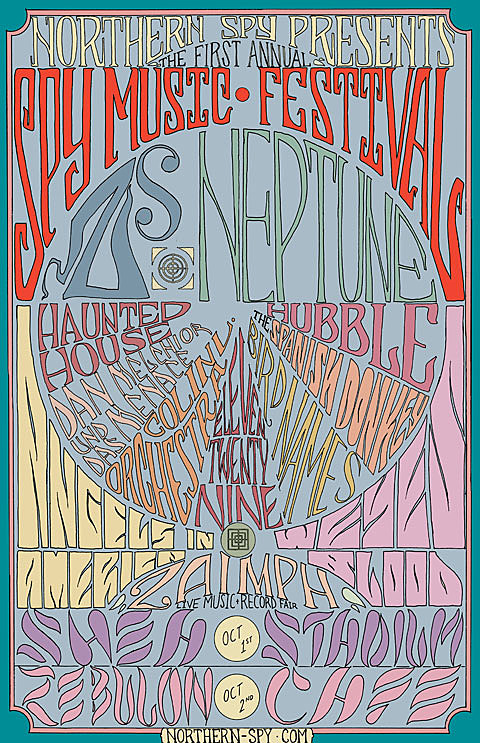