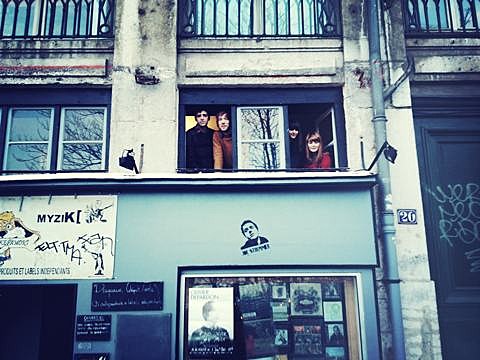 As mentioned, His Clancyness are visiting from Bologna, Italy, stopping in NYC to play Glasslands on Sunday (3/10) before heading to Austin for SXSW. That show also features LODRO, Tweens and Basement Batman and tickets are still available. The band (featuring Jonathan Clancy of A Classic Education) have added another show while here: Saturday (3/9) at Cake Shop with Spires, Permanenent Collection (ex Young Prisms), and onetime Get Him Eat Him frontman, Matt LeMay.

You can stream some His Clancyness tracks and peruse a list of all tour dates, including the band's SXSW schedule, below.