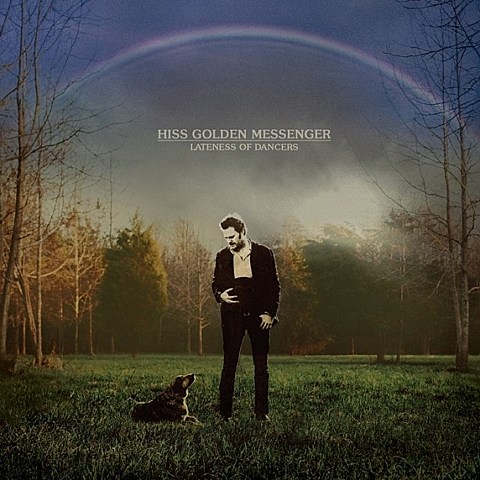 Hiss Golden Messenger recently signed to Merge, who will release his new album Lateness of Dancers on September 9, and he's just put out one of its tracks, "Saturday's Song." Unlike the somber folk of his recently reissued Bad Debt LP, this new song is a bright, full band folk rocker that falls somewhere between Electric Dylan and early Wilco. The record features members of Megafaun, Mountain Man, and guitar great William Tyler who especially shines on this one, offering Allman-style leads at the end. Check out the new song below.

HGM has also announced a tour which hits NYC on September 18 at Rough Trade for a show with Mountain Man's Alexandra Sauser-Monnig, who's on his record. Tickets for that show go on sale Friday (6/27) at noon.