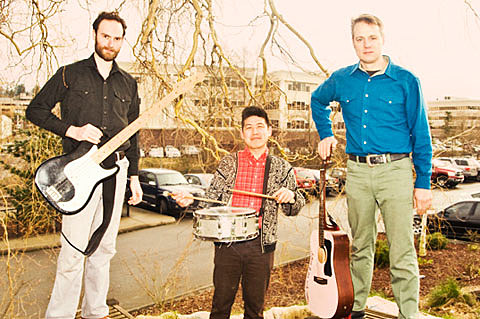 The show scheduled to take place at the Flatiron Hotel Rooftop Patio tonight (4/6) was moved due to a cell phone tower being still located there (aka fear of cancer). Where was it moved? To Market Hotel!

This is a big step for Todd P and the Bushwick venue that is working its way toward being legit. In fact, this will be the first public show at Market Hotel in almost two years, and a rare chance to see the old space before renovation begins.

Tonight's Brooklyn show is also just one stop on a larger tour for the Hive Dwellers who also play Staten Island, Hartford CT, SUNY Purchase and Bard by Wednesday. Some of their dates, including tonight, are with their separately touring K Records labelmates The Curious Mystery whose other upcoming shows include a residency at NYC's Ace Hotel. All dates for both bands are listed below...