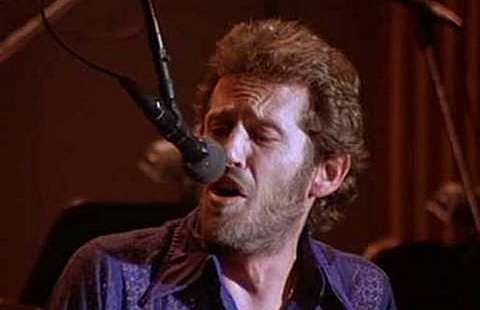 Levon Helm lost his long battle with cancer on April 19, and his life and legacy will be celebrated at a couple of upcoming events, starting with a show by The Band tribute band The The Band Band at BB King's tonight (5/8). A portion of ticket sales will go to The American Cancer Society in honor of Levon Helm.

Brooklyn Bowl is hosting "The Night They Drove Old Dixie Down": A Celebration of the Life and Music of Levon Helm on June 4. Marco Benevento, Dave Dreiwitz, Scott Metzger and Joe Russo (of Zeppelin tribute band Bustle in Your Hedgerow and other projects) form the core of the tribute, with special guests including Craig Finn & Tad Kubler (The Hold Steady), members of Guster, members of The Felice Brothers, Nicole Atkins, Phosphorescent, Family Band, Diamond Doves, Kelli Scarr, Yellowbirds, and Tom Hamilton of American Babies. Tickets are $20 and on sale now, and proceeds will go to benefit Helm's "The Barn" studio.

The flyer for the Brooklyn Bowl event is below, as is video of Bruce Springsteen's recent live performance of The Band's classic "The Weight." 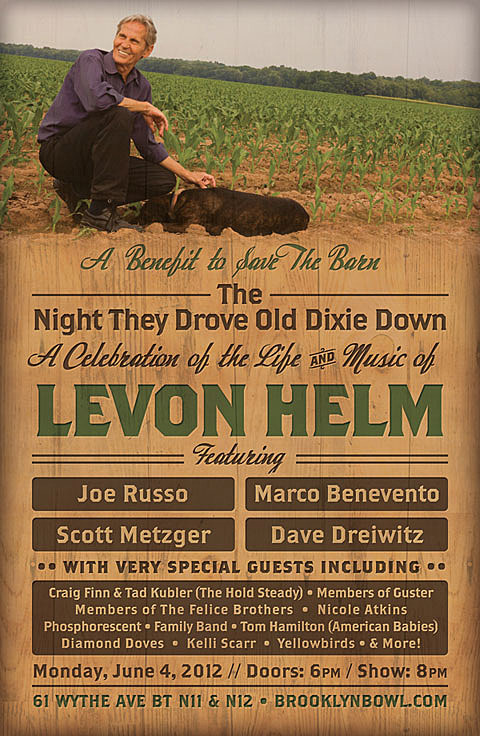