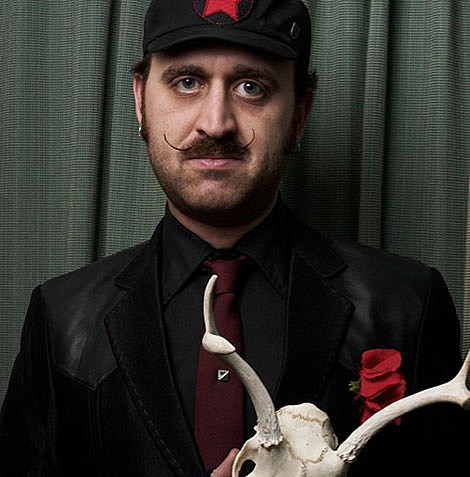 Ex-Hold Steady troubadour Franz Nicolay is currently on the West Coast prepping for a short tour that kicks off from there next week, but that won't (hopefully) stop him from joining in via Skype on this month's Bushwick Book Club at Goodbye Blue Monday on Tuesday, April 6th (tonight).

His other upcoming dates include NYC-area shows on April 23rd show at Stevens Institute of Technology in Hoboken, May 11th show at Asbury Lanes in Asbury Park with Bomb The Music Industry, and a May 14th performance at the release party for Kate Rockland's debut novel Falling Is Like This, at Word Bookstore in Greenpoint, along with music writer Rob Sheffield.

He's also set to play a May 21st edition of the weekly Small Beast series gone big at the Angel Orensanz Foundation. Ticket info for that is forthcoming, and the lineup should include Botanica, Barbez, Bee & Flower, Little Annie, Spottiswoode, Blasco and others.

This May and June Franz heads to Europe as a touring member of Florida punk rockers Against Me, who have a new album, White Crosses, out June 8th on Sire Records. Franz says, "Gonna be a touring Against Me for the summer. I have already prepared my beard and promise to give at least the recommended 35 percent." For whatever reason, the band isn't using Franz in the US though. They kick off a North American tour without him in April and play Asbury Park's Stone Pony on April 29th. Tickets are on sale (Sweden's Moneybrother is also on that bill and part of the tour). Against Me!'s new video for the song "Rapid Decompression" off the new record is below with all dates. The LP will be their second on Sire and their first since the departure of drummer Warren Oakes (replaced by Hot Water Music's George Rebelo).

Meanwhile, Franz's Hold Steady compatriots have been putting up tracks from their new album, Heaven Is Whenever, set to come out May 4th. The record's piano and keyboard parts (which are right up front on some of the new tracks) are played by guitarist Tad Kubler. Three of those new ones are streaming on their Myspace.

As for Franz, he's also released a book & other assorted projects, and soon, a new CD.

[After my tour], I'm starting work on my new full-length with producer Jim Keller, who's worked with everyone from Franz Ferdinand to Willie Nelson to Mastodon. Unlike "Major General," it's all new songs, nothing from the vaults - and in case you're curious what that means, I've posted demos for two of the songs, "Felix & Adelita" and "This Is Not A Pipe," at myspace.com/franznicolay. Hope you like.

All Franz & Small Beast tour dates, and Hold Steady & Against Me album info are below..

Rapid Decompression - Against Me! (Official Video) 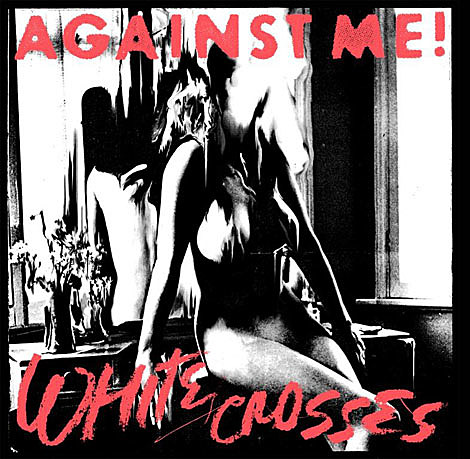 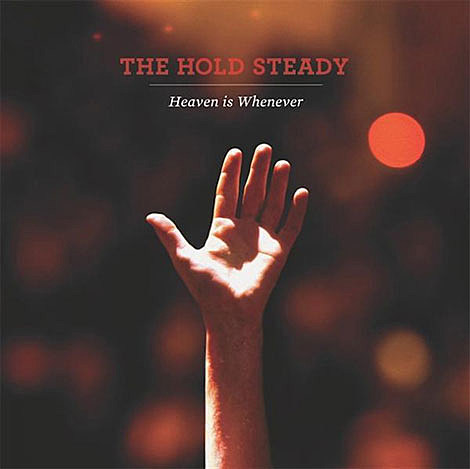